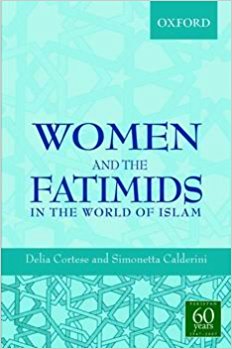 Writing the Woman
Prathama Banerjee
WOMEN AND THE FATIMIDS IN THE WORLD OF ISLAM by Delia Cortese & Simonetta Calderini Oxford University Press, 2009, 269 pp., 495
March 2009, volume 33, No 3

Recovering and reconstructing women figures from the past constituted the earliest moves of feminist writing which preceded and then accompanied larger critiques of history on the ground that conventional modes of writing and narration were precisely that which rendered women, indeed gender itself, invisible. Women and the Fatimids does a great job of the former move And yet, despite its empirical richness and rigour, the book does not quite make the next move—that of refiguring history itself as both a knowledge-formation and a specific mode of writing. The book nevertheless is important because it raises the doubly complicated question of writing the Muslim woman. The question here becomes not only of writing the woman, but also of writing, or rewriting the Muslim—the feminist question cutting across the question of community and religion.

But then, the ‘Muslim’ in Muslim woman brings into play not only the question of community or religion as such, but additionally the extremely charged political discourse of our times, which seeks to mark the Muslim, and Islam, by the centrality of the ‘woman’s question’ in it. If there is anything that allegedly makes the Islamic world a homogeneous and easily recognizable unity, it is said by popular discourses and popular media to be the uniquely intense tradition of regulation and repression of women.

The book seeks to undo the hegemony of this contemporary perception of the Muslim world, which works primarily via a very problematic ideologization of the question of the Muslim woman. It does so by doing two significant things at one go. Through rigorous scholarship, the book demonstrates the historical heterogeneity of what is usally simplistically called the Muslim world, by writing the history of a particular place, a particular regime and a particular political and cultural formation, very different from neighbouring locations which were also ‘Islamic’ in this period. Secondly, it recovers the public role of women in this Islamic regime, thus undoing the impression of Muslim women being always already cloistered behind the veil and within the harem, away from the dynamics of history and of political processes.