The Mosque as Symbol 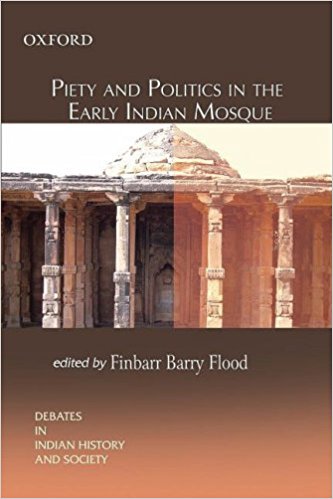 The historical experience of temple desecration in pre-modern India—and, at a more general level, contested history revolving round Indo-Muslim rulers and states—has become a sensitive mass political issue in contemporary India. The demolition of the Babri Masjid, on 6 December 1992, by storm-troopers of the Sangh Parivar, and the train of communal violence and ‘ill-fare’ this vandalism brought to different regions of the country, propelled the issue to national centre-stage. The ideologues of the Hindu Right have, through a manipulation of pre-modern history and a tendentious use of source material and historical data, built up a dangerously plausible picture of fanaticism, vandalism and villainy on the part of the Indo-Muslim conquerors and rulers.

Part of the ideological and political argument of the Hindu Right is the assertion that for about five centuries from the thirteenth, Indo-Muslim states were driven by a ‘theology of iconoclasm’—not to mention fanaticism, lust for plunder, and uncompromising hatred of Hindu religion and places of worship. It is in this context that one has to look at this illuminating, nuanced and refreshing book, edited by Frianbarr Barry Flood, containing essays that are not just about old monuments but an inward journey into the collective responses of a society to past events, periodically reinterpreted and reinvented to justify the present. The contributors have investigated through these essays the medieval history of some of the sites and have traced the gradual changes that have occurred over the years, each providing an insight into the motives of the builders, the compulsions of the times and the efforts of the present to reinvent the myths to mould the past.

In the late twelfth century, the Ghurid dynasty, whose homeland was just northwest of Kabul in Afghanistan, extended its power throughout northern India. For a time, the Ghurid state encompassed all the territory from Herat to Bengal; its rule was significant in bringing Central Asian Islamic culture to India. The Turkic slave commanders of the Ghurids established the Delhi Sultanate when the Ghurid empire disintegrated. The four mosques that form the main focus of this volume—the Qutb mosque in Delhi, the Arhai-din-Jhonpra, the Shahi mosque and the Chaurasi Khamba mosque—were all erected at the behest of the Turkic mamluks of the Ghurid sultan. The architectural significance of Ghurid buildings is unquestionable, as they set the course for South Asian Islamic architecture for centuries to come. Yet, scholars have given them relatively little attention. Hence the importance of this volume as it fills a vacuum in the existing literature.