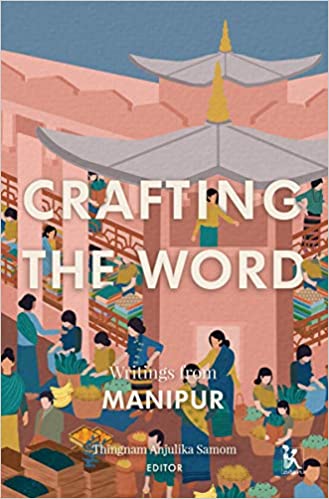 Writing as Resistance
Arpana Nath
CRAFTING THE WORD: WRITINGS FROM MANIPUR by Thingnam Anjulika Samom. Translated from the original Manipuri by a translators’ collective. Zubaan Books, 2019, 212 pp., 495.00
June 2020, volume 44, No 6

The book under review brings together the work of twenty-six women writers from Manipur. Translated into English from the original texts in Manipuri by a small group of translators, this anthology tries to locate a politics of the everyday across a wide spectrum of ideas and positions including the issues of body and sexuality, gender identity, insurgency, the trauma of sexual violence and state-sponsored violence. The stories, poems and essays in the anthology chronicle the myriad ways women in Manipur have negotiated and responded to the demands of a patriarchal culture even as they struggled to balance the ideas of the new woman alongside the ideas of traditional womanhood. The book draws its material from different generations of writers and examines how women’s writing has responded to the shifting socio-political and demographic changes that have shaped the reality of Manipur’s social and cultural life. The narratives examine the everyday reality of women’s lives at the level of the local and the mundane while also offering the reader a panoramic view of a cross-section of Manipuri society. They highlight the important role of women writers in trying to integrate new forms of gender identity through their writing by reclaiming a legitimate voice in the public domain, and concerns that have relevance for both private and public roles of women.  It thus moves beyond the realm of fiction and traverses a broader social history of Manipur by representing the vortices of contradictions and faultlines within the cultural discourse of gender.