A ‘Slice of Life’ Text 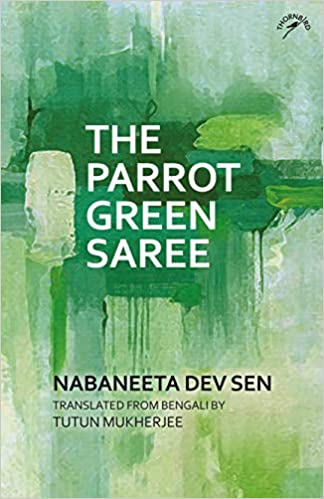 During the mid-1970s, Nabaneeta Dev Sen wrote a trilogy of Bengali novellas for the Annual Puja Festival numbers of different magazines. Passing through the turbulence and the aftermath of the Naxalite movement that had swept over Bengal during that decade, all the three novellas, though able to be read individually as stand-alone texts, are now clubbed together as the Naxal trilogy in her literary oeuvre. They are Ami, Anupam (I, Anupam), first published in Sharadiya Anandabazar (1976), Probashe Doiber Boshey (In a Foreign Land, by Chance), first published in Sharadiya Krittibash (1977), and Phoenix, the volume under review, translated into English by Tutun Mukherjee, happens to be the third novella of that series. Though some of the characters in this novel are already known, it is not directly about the Naxalite movement, but about the socio-cultural change that was felt in Bengal, especially in matters related to women and their ideas of emancipation when they followed their western sisters as their role models. Thus, this novel is the story of the relationship between two very strong women of that time, a mother-daughter duo, Bipasha and Rohini, who go through several rebirths in the course of their lifetime.