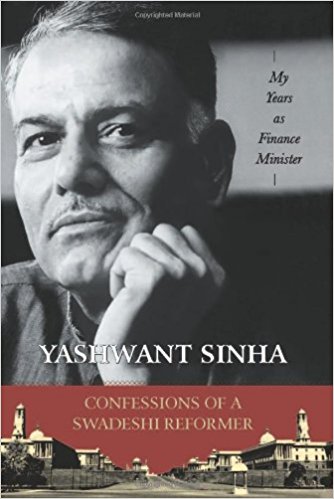 Indians—politicians and ministers in particular—are not much given to writing down what they think or what they did while they were in office. But the last three finance ministers have done just that. And the result is very pleasing. Of course, Jaswant Singh’s memoir was mostly about his longer stint at the ministry of external affairs. But Yashwant Sinha and P Chidambaram (actually, the latter’s is a collection of articles that appeared in the Indian Express and, in that sense, not a book really) have both written about the economy. Everyone is richer for that. Yashwant Sinha, without doubt, is one of the unluckiest finance ministers India has ever had. Few know it but it was he who was the real father of the economic reforms, if at all such parentage can be claimed in what is in fact an on-going process. As he points with so much angst, all the things that have been credited to Manmohan Singh were actually proposed by him in February 1991. And thereby hangs a tale which is worth recounting in some detail.

By the middle of 1988, when Rajiv Gandhi had been Prime Minister for almost four years, the Indian economy had begun to run into very serious trouble caused by excessive government spending. The budget deficit was unsustainably high and in order to keep inflation down, the government had been relying on imports, financed by short term borrowings. Rajiv Gandhi was in serious political trouble as well, thanks to Bofors. At one point, he had been toying with the idea of holding the general election in October 1988 and was therefore resisting harsh economic measures to bring the economy back on track.