Perspectives of a Participant 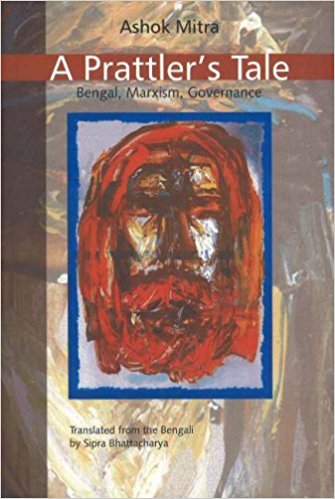 To prattle, the dictionary tells us, is to indulge in childish chatter, or in inconsequential talk. A Prattler’s Tale is mostly that. This is unfortunate, for its author, Ashok Mitra, has had a most distinguished life as an economist, activist, administrator, politician and essayist, and the prattle in A Prattler’s Tale does not sit well with one who has served as Chairman of the Agricultural Prices Commsission, as an economics professor in India and abroad, as Chief Economic Advisor in the Ministry of Finance during Indira Gandhi’s reign, as Finance Minister in West Bengal’s Left Front Government, and as Member of the Rajya Sabha. If autobiography reveals, consciously or unconsciously, something of the autobiographer’s self, then the self this book reveals of its author is a sometimes undignified, often querulous, one. ‘A Tattler’s Tale’ would not have been an inappropriate alternative title. The best autobiographies are those in which the ‘I’ telling the story keeps some distance from the ‘I’ who appears in it. This affords some objectivity, a slightly ironic, perhaps apologetic, even a mildly skeptical gaze on one’s own past.

Most importantly, that distance allows one to filter off events from the past which may have seemed of momentous significance or amusing when they happened but appear trivial or inane looking back. Like the historian, the autobiographer must be judiciously selective about the past. Regrettably, Ashok Mitra the narrator does not maintain that distance from Ashok Mitra the narrated.