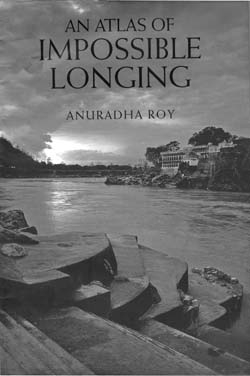 The metaphorical ‘atlas’ that describes the hand/ life/ character of Mukunda, the protagonist of this debut novel, can hardly subsume the ‘impossible longings’, the ‘pining for what is not’ that is also attributed to him. Notionally covering vast spaces and unexplored terrains, an atlas, with its taxonomical rigour in pigeonholing within precise longitudes and latitudes the names of countries, oceans, mountains et al, cannot contain the play of human imagination bursting at the seams that Mukunda exemplifies. But the seemingly erratic, somewhat inconsistent wording of the title is justified not only because it is understandably mouthed by an inarticulate astrologer in a dingy chamber. Heterogeneous inputs like lexical simplification and limitless creative possibilities, materialist concerns and a concurrently inexhaustible ability to dream, sleazy business and the pangs of romantic yearning, are yoked together, not by violence, but quite smoothly, effortlessly and credibly in the text.

The concurrence and identical agenda of seedy pursuits and an unsullied, everlasting love, the destructive potential of filthy slums and profuse natural phenomena, the brute facts and liberating fantasies encased within the squalid bylanes of Kolkata as well as rural bowers of bliss merge to document a slice of life spanning the twenties to the fifties in vivid minutiae of detail.

The novel itself is ‘a veritable atlas’ in its panoramic ‘mapping’ of the myriad fantasies of its major characters who are simultaneously mired in the reality of their condition. The visionary sweep of Mukunda’s mind is ironically encapsulated in the static, lifeless images embedded in two other atlas-like artifacts.