Workings of a Strategy 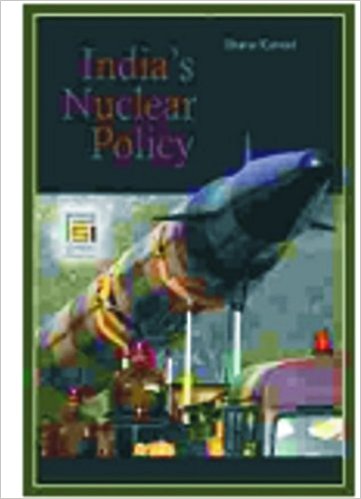 Bharat Karnad’s book India’s Nuclear Policy seeks, to use in the words of the author, ‘to reveal the workings of India’s nuclear strategy and posture’. He has sought to translate the ‘credible nuclear deterrence’ policy of India into a militarily sustainable stance. India’s shift from a deliberately vague nuclear doctrine to an overt nuclear weapons posture and the consequent declaration of the nuclear doctrine has been a matter of debate amongst scholars belonging to the security studies/strategic studies community. Much of the discussion has, however, focused on the evolution of India’s nuclear policy, the compulsions for going nuclear and the implications of this new posture. There has been very little scholarly literature on the ‘nitty-gritty of realizing a credible, effective, and survivable thermonuclear force’. Bharat Karnad’s book seeks to fill this vacuum.

Why do countries go nuclear? Is it the urge to search for security in an anarchic world? The importance that nuclear weapons came to achieve in the Cold War days created an aura about it, a prize that was to be achieved for the status it granted to the country or a sense of security that it created with the possession of a weapon of mass destruction. In some cases as with India, it was an expression of a revisionist policy that sought to challenge the status quoist world order that was established by the nuclear nonproliferation regime with the Nuclear Nonproliferation Treaty being the universal symbol of discriminatory world order. The ability of the Indian establishment to successfully challenge the nuclear world order, retain its independence vis-à-vis the NPT and eventually, demonstrate its nuclear capability in 1974 and then reassert its weapon status in 1998 would have been a matter of both concern and jealousy to the near-nuclear powers of the NPT regime. The signing of the Indo-US nuclear deal has sent very different signals across the world. On the one hand it appears to have legitimized India’s status as a nuclear weapons power through the back door, on the other hand it may appear to have restrained India from going along the path of weaponization further by dangling a civilian carrot. Stephen Cohen’s comment on the nuclear deal is illustrative of this dilemma. The American recognition of India as a country with a strategic potential, a country that could play the role of balancer to China were the major reasons for the Bush administration to push for the deal. This goal, Cohen describes as both breathtaking and misguided. Would India ‘collaborate’ with the US on its agenda on China? Would the deal cripple India’s weapons programme that Karnad argues needs to continue unhindered; for in the long run any restrictions on India’s long term strategy that would enable it to emerge as one of the world’s major power centres would be unacceptable to India.

Wohlstetter’s commentary on the implications of India’s nuclear test of 1974 raises some serious questions about Nehru’s ‘peace’ policy in the context of the India nuclear enterprise. The critical question asked focuses on the urgency of manufacturing of plutonium and the public declarations to that effect in the 1950s by Pandit Nehru when the capability to use the plutonium was still only at the planning stage. The Report titled ‘Absentminded Nuclear Aid to India’ laments the American inability to see through the Nehruvian aims at building a nuclear infrastructure that could be used for crossing the threshold if and when necessary. Karnad’s references to the dialogue between Nehru and Homi Bhabha about the time period that Bhabha would require to produce a bomb if so asked illustrates this American sentiment expressed in retrospect of the 1974 test. Mahatma Gandhi’s pacificism did not deter Nehru from embarking on an ambitious nuclear programme. Karnad argues with conviction that Nehru’s realism that was rooted in his understanding of history and influenced by the civilizational perspective of Indian history ensured that national security remained a key concern. India’s ‘governing image’ that sought to project a peace policy with an agenda of development as a key base of its international relations, along with independent understanding of world affairs, appeared to confront the demands of legitimacy of the use of force that India accepted in the real world. In real terms this dichotomy that was visible in the Indian position was neither duplicity nor a state of confusion. That the Nehru approach accepted the necessity of national defence but sought to underplay it is perceived in his query ‘Why shout it out?’ (Tibor Mende, Conversations with Nehru, (London, 1956, p. 142).