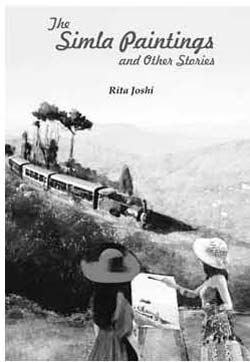 Two young women in creative collaboration, looking at a train winding its way through the hills and immortalizing this moment on canvas—all the symbols on this cover—the blue sky, the hills in the distance, the misty horizon, the train, the sparse vegetation, the canvas and brush and the two female figures—signal the literary intention of the writer. She has set out, in the six short stories in this collection, to decode the lives of women as they negotiate their lives and search for meaning and identity.