Of Ideas, People And Places 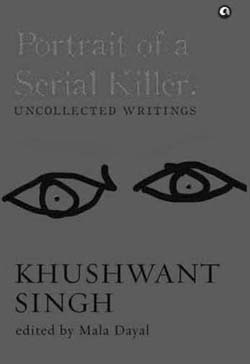 Having been close to Khushwant and hearing countless stories firsthand, reading the book made me feel as though I am sitting by him, listening to him recount his impression of ideas, people and places. He remains the best raconteur I knew, and will probably never meet anyone better.

Some stories are familiar, while others seem refreshingly new. That’s because most essays in this collection were written during the sixties and seventies, with some even dated in the late fifties. Mala Dayal, Khushwant’s daughter and editor of this book has been careful in selecting its content. It contains his columns and essays that have not been previously published in the innumerable collections of Singh’s works.
The book is divided in four sections, ‘Unforgettable People’, ‘Memorable Places’ ‘The Indian Way’ and ‘A Matter of Politics’. People were what fascinated Khushwant the most. He enjoyed meeting all kinds of people, from the commoners to celebrities.
The first section of the book covers public icons like Baba Kharak Singh, Jawaharlal Nehru, Dev Anand, Amir Khusrau, Lata Mangeshkar, Humayun Kabir, Fakhruddin Ahmed to the portrait of Raman Raghav, the serial killer who terrorized Mumbai in the sixties. Typical of Khushwant, these are marked with rare perceptiveness and an edge of humour. I particularly enjoyed the charming chapter, ‘Nehru as a Writer’, where Khushwant recalls being Nehru’s escort to the bookstores in London. Nehru picked up twenty books, fifteen on Bernard Shaw and five on Oscar Wilde. ‘The only conclusion I drew from this selection was that the Prime Minister was familiar with the works of Shaw and Wilde—because he did not buy a single book by them, but all on them’. Such close encounter insights typify the writings on people.
There is gossip and malice too, hitting out at Nehru’s special assistant M.O Mathai, calling the chapter ‘Being Untrue to One’s Salt’. He writes, ‘Mathai claims to have had loyalty and affection for Nehru. This does not stop him from maligning Nehru as a lecher who, unknown to the world even sired a bastard. Can there be a better example of disloyalty to a master who is unable to answer such calumny? Does this not amount to being untrue to one’s salt, of being a namak haram?’ Forever disturbed by the strained relations between India and Pakistan, Khushwant lost no opportunity to write about the country of his birth, and those whom he thought to be working towards facilitating friendship ties between the two countries. Singh’s obituary of Pakistan’s Minoo Bhandare, ‘A True Bridge Builder’, is probably the only piece written some years ago. I have met Minoo on several occasions in Khushwant’s home, and remember him feeling low and sad at Minoo’s death in 2008.
Khushwant remained an ardent lover of birds, fauna and flora. On hearing the papiha, monsoon bird, he would correctly predict that showers were on their way. In the late nineties while holidaying with Khushwant and his wife in Srinagar, I remember Khushwant enquiring about the trees, flowers, taking notes while talking to the boatmen and other locals. He had the art of communicating with people across various economic and social strata. I would be fascinated at the way strangers opened up to him, some sharing their deepest secrets.
Khushwant is at his poetic best in the section ‘Memorable Places’, describing the hues of nature in ‘Moonlight in Bokaro’, ‘Passage through Madhya Pradesh’, ‘The Adivasi on the Iron Hill’, ‘Operation Tiger’, ‘Snakes down the Spillway’ and ‘Winter rain’. His fascination for local tribes and villagers comes through in these articles. This section carries articles on Amritsar, Delhi, Agra and Hyderabad. Although a known agnostic, Khushwant remained a proud Sikh; his writings on Sikh history were driven with both passion and scholarship. Amritsar held a special place in his heart.
The third section of the book, ‘ The Indian Way’ includes Khushwant’s visit to a lunatic asylum, VIP Bally Hoo, and the delightful story of how the copies of Playboy magazines mailed to him were seized by the government on grounds of obscenity. To quote, ‘I was required to show cause, in writing, within ten days … why penal action should not be taken against me’. He did not reply and neither was any action taken against him. Relevant to the current debate on censorship and banning porn sites, he concludes, ‘The moral is plain: abolish censorship and you will see that people will be soon bored of pornography’. ‘Our experience with prohibition should be a pointer. As soon as you proclaim something illicit, it becomes all the more fascinating.’
In the last section, ‘A Matter Of Politics’, there are sensitive and illuminating articles written in 1971 on the plight of the Bangladesh refugees. He writes moving first-hand experiences during various junctures in history at Petrapole, on the Indo Bangla border. These are new to me, since I have neither read these nor remember any conversation with Khushwant on the subject.
In ‘Persecution of Mrs Gandhi’, Khushwant examines the canards spread about Mrs Gandhi, debunking much of the gossip that did the rounds in the late seventies. He rubbishes the charges of her involvement with the famous Nagarwala bank fraud, her alleged hand in JP’s death and of cash stashed away in farmhouses. Khushwant’s interaction with Jayaprakash Narayan reveals much about the man and his ideals. There has in the past been much criticism of Khushwant’s defence of Sanjay Gandhi. He explains his position in the last article of the book.
In what would have been the hundredth year of Khushwant’s birth, this delightful book keeps him alive in our minds and hearts.
Sadia Dehlvi is a Delhi-based media person, activist, writer and a columnist.