The Rise And The Fall 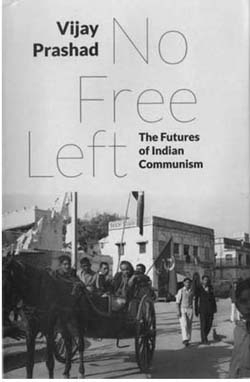 The recent right turn in Indian politics has left the Left parties in a lurch. The 2014 Lok Sabha election electorally devastated the entire Left, particularly the Communist Party of India-Marxist. Vijay Prashad’s No Free Left: The Futures of Indian Communism examines the existential crisis faced by the Left parties in India given the formidable challenge from the Right, especially from the dizzying electoral success of the Bharatiya Janata Party in the 2014 Lok Sabha polls.