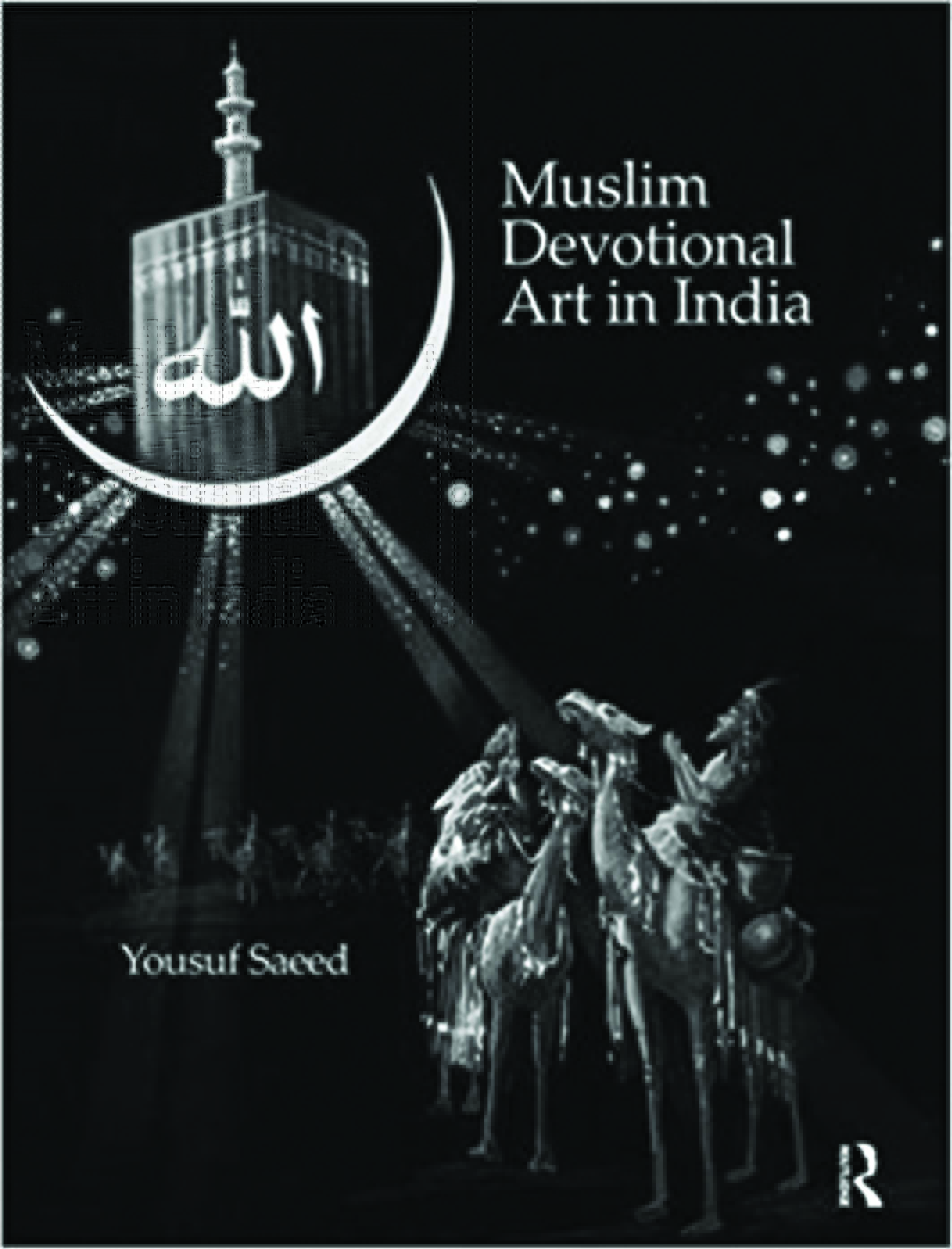 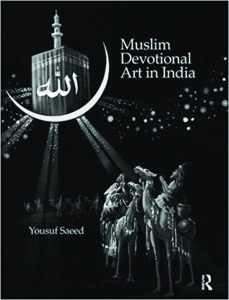 Muslim Devotional Art in India explores the rather wide arc of the growth, spread, and ever so dynamic forms of Islamic religious art in India by bringing together a wide range of sources and methodologies in six sections. While Islamic art in India has traditionally drawn upon Central Asian imagery and is associated with the Mughal empire and later the eighteenth-century Princely States, Yousuf  Saeed explores what he calls ‘Muslim devotional art’ through examining calendars, posters, and ephemera like prayer mats, show pieces etc., from the 20th century. Saeed’s journey for the research of this book finds its way in the text in to form of anecdotes that give the reader an insight into some very significant research questions that guided the author.

The introduction sets the premise of the book and promises a breakaway from the fairly trite trope of using visual culture as a means to criticize orthodoxy and eulogize syncretism. Instead, it brings to the fore some significant questions about transculturation and networks of circulation of ideas and practices in Muslim devotional art across the larger Islamic world. The six sections in this book constantly negotiate with the idea of encounter and efflorescence and the development of a new form of art that has borrowings from a plethora of socio-cultural and political movements across the subcontinent.

The first section titled ‘Image of Mecca in India’ explores the various methods through which the images of holy sites in Mecca travelled to India. The role played by travellers to Mecca and Medina for Hajj has been seminal in the dissemination of this imagery for they returned with prayer mats, calendars, posters and ceramic tiles to name a few. Saeed refers to some illustrations that date back to 900 AD, as early sources of pictorial representation of the Ka’aba. Complete with measurements, boundaries, architectural features, these illustrations have played a significant role in building an imagination of Mecca and Medina in the non-Arab world and can also be used as a source to examine alterations the site may have undergone over the years. Over the course of the nineteenth and twentieth century, the photograph became a powerful medium of documentation of not just the site but also religious performativity that marks the site. The photograph was modified into postcards by the enterprise HA Mirza and Sons and soon travelled through the subcontinent. Raja Ravi Varma’s Press also made interventions in popular Muslim imagery. However, Varma’s imprint or intervention on this genre of art was not as significant as that in Hindu devotional imagery. Saeed points out how the image of Mecca is presented to the audience in very familiar forms as it travels to India. Local folklore, Sufi traditions, and local symbolism enter the same frame as the Ka’aba.