When a Sthalamahatmya Reaches the Coffee-Table 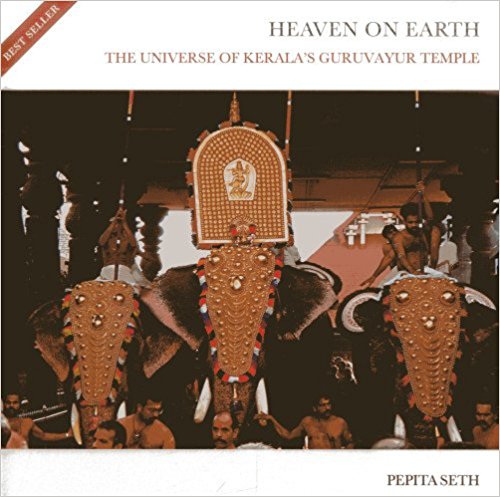 When a Sthalamahatmya Reaches the Coffee-Table
Kesavan Veluthat
HEAVEN ON EARTH: THE UNIVERSE OF KERALA'S GURUVAYUR TEMPLE by Pepita Seth Niyogi Books, 2009, 316 pp., price not stated
June 2009, volume 33, No 6

A sthalamahatmya is intended to certify to the importance of a holy place such as a temple, retrieving its imagined past and also occasionally describing the different rituals performed there. Sthalama-hatmyas were generally composed in south India, mostly in Sanskrit, and constitute a veritable treasure-house for the historian and the anthropologist studying the social location of the temple. In fact, the critical scholar has benefited immensely from such works, as in the case of the Cidambaramahatmya or the Koyil Olugu. It should, however, be remembered that faith, more than anything else, rules the contents of the sthalamahatmyas and that questions that a cynical historian or other social scientist is wont to ask are looked upon as both irrelevant and irreverent. Even when a sthalamahatmya is written in English, by an English author, and sumptuously produced with enticing photographs and in art paper of the finer quality fitting the description of a coffee-table book more than a sthalamahatmya, it can at best be used as raw-material by the social scientist.

It may still enjoy immunity from his critical gaze. Pepita Seth’s book, Heaven on Earth: The Universe of Kerala’s Guruvayur Temple, belongs to this category where devotion and faith take the better of the critical curiosity of a concerned student. The function of a sthalamahatmya, namely the legitimization of the institution, is hard to miss in the book although it is not clear if the ‘encouragement’ of the authorities of the temple, mentioned in the blurb, means sponsorship. In any case, the claim that the author is English, made repeatedly in the Introduction and the blurb, is further pep to the legitimacy that the book seeks. The pity is that the benefits scholars have derived from looking at traditional sthalamahatmyas hardly offer themselves in this book.

The seventeen chapters into which the book is divided deal with the temple, its myth and history, the Ooralan and the Zamorin, the idol, the priests, the worship of the lord, the daily pooja, the dawn-to-dusk pooja, the servants of the lord, the devotees, the arts, the elephants, the ekadasi, the annual calendar of the temple, the bhagavati, the sahasrakalasam, and the lord’s festival. Each of them gives details which anybody who is familiar with Guruvayur would know. Thus, it is questionable whether the book adds to the existing body of knowledge in any way. True, the purpose of the book is not to further knowledge, much less of the critical variety. Still there are areas where the reader, in his naïveté, may look for some information. In the chapter on ‘Myth and History’, for instance, one looks for the earliest references to the temple in historically verifiable sources but in vain. Even where mythological stories such as that of the Pracetas are recounted, detailing the importance of the tirtha, no reference is given to the source which is a late sthalamahatmya; so also, the fact that even the Narayaniyam refers to it only obliquely is pushed under the carpet.