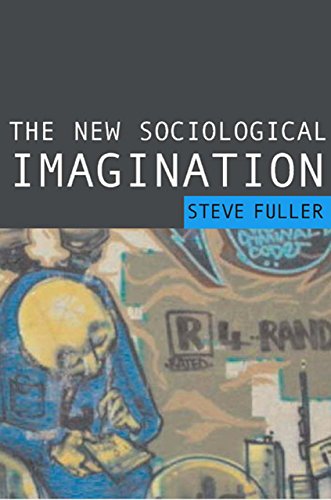 The New Sociological Imagination argues that there are two trends which pose a serious challenge to 21st century sociology. One pertains to the role of social sciences in society, the other to the biological challenges to social sciences in an academia where it is no longer out of the ordinary to privilege nature over nurture. Both Parts Two and Three of the book (8 chapters in all) deals with what Fuller describes as the recent re-biologization of the social world on a larger world-historic canvas and the threat to humanity as the endangered species of our times. It is however Part One (6 chapters) that I would like to focus on. I do this partly because: one relates to the issues addressed here in a more immediate sense, recognizing what are unmistakably similar developments in contemporary Indian academia and social sciences; and partly because some of the themes that are dealt with more exhaustively in the latter two parts also surface here.

Readers would thus be able to get a sense of the overall argument of the book, even as I dwell on the first part. The fact that he has delivered parts of this book on various occasions over the five years preceding the putting together of the book perhaps explains the recurrence. This repetition is natural in a book marked by a well developed set of arguments. Armed with an impressive array of intellectual resources he makes a passionate case for ideas that have been somewhat out of circulation in recent times.

I begin with Fuller’s position on the role of social sciences. Fuller is unambiguous that social science studies society ‘to use what is empirically known about organized inquiry to enlighten our present and empower our future’ (p. 2). And that the need for a ‘robust defence of humanity’ as ‘the central project of the social sciences’ has to be taken up seriously. Fuller’s attempt to diagnose the ‘decline of this sensibility in order to identify new vistas for a rejuvenated sense of “society” and a science fit to study and minister to it’ (p. 3) are not the only out-of-currency positions that the book argues for.