The Terrain of Culture 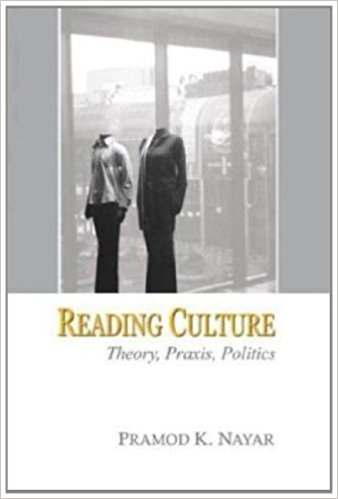 In this contribution to Indian Cultural Studies Pramod Nayar focuses on those intersections of ‘high’ and ‘low’ culture where the hegemony of one kind of public culture is established; an aspect that has informed the contours of cultural identity since Independence. Strategies of exclusion and inclusion ensure that paradoxically both ‘high’ (museum) and ‘popular/mass’ (conventional cinema, comic book) culture are in fact working towards maintaining the status quo and the idea of a pan-Indian identity. Concentrating on the four cultural artifacts of cinema, the comic book/ strip, the museum and tourism, Pramod Nayar demonstrates how the ‘Othering’ of those who are not upper class/caste male Hindu Indian happens. Despite often being variously both the object and the consumer of this public culture they are rendered entirely non-visible in the grand narrative of India.

Although fully cognizant of the exclusionary nature of English in India, the author stays with public culture made primarily accessible through English. In fact he acknowledges this in his chapter on comics, when he observes that the Amar Chitra Katha comics read most often by urban, city children are not ‘popular’ culture as understood by western theorists. When talking about displays in museums, he points out how English was the language of labelling and other museum publications and when Hindi was later introduced, as in the National Museum, it was meant for the ‘common people’. This book is a noteworthy introduction to Indian Cultural Studies, albeit one which relies heavily on western theoretical models and debates.

In his discussion of these four genres Nayar outlines the history, the structure and the consumption of these public culture artifacts. Key concepts and locations of the interdisciplinary field of Cultural Studies (including a definition of ‘Cultural Studies’) are identified and elucidated in a series of boxes (particularly in the introductory chapter) which serve as analytical tools and provide the framework for Nayar’s engagement with the phenomenon of Indian public culture. A discourse on western/American popular culture either prefaces or runs parallel to all discussions on Indian cultural artifacts and engages the reader in an interpretation of these cultural artifacts in non-Indian contexts. Not surprisingly there are many commonalities given that power relations affect production, public availability and consumption of culture and that the public culture of today is a globalized phenomenon.