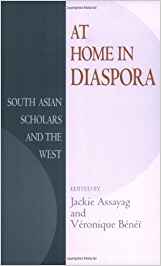 For the best part of the decades after World War II, the social sciences and the humanities have been marked by debates that can be best described as mediations on the ‘encounter’ between the West and the non-West, the First and Third Worlds, of which Franz Fanon’s 1960’s writings were but the beginning. Since then the writings of Edward Said, and the refractions through poststructuralism and postcolonialism have produced a large body of writing in the academia. There are scholars from the West who have complicated this discourse: Anthony Pagden, Tzevan Todorov, Michael Taussig, Marshall Sahlins, Ann Stoler and many others. The editors of this volume, Jackie Assayag and Véronique Bénéï classify the writings on the ‘encounter’ as falling in three parts—those dealing with the issue of ‘representation’, those dealing with the moment of contact and many exchanges that emerge—leading to appropriation, rejection and hybridity. The last set of writings on the encounter looks at the colonization of the imagination through colonialism that takes on material and imaginative forms.