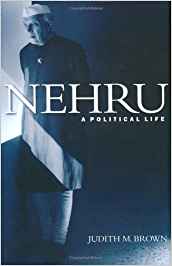 As the fifth generation of the Nehru-Gandhis prepares to test his (and the family’s) popularity in the marketplace of the great Indian elections, attention will turn, once again, to the legacy of the dynasty and, more specifically, its most famous representative, Jawaharlal Nehru. It would be unfortunate, however, if that becomes the primary reason for revisiting Nehru, and not his undoubtedly rich and interesting life and the multitude of ways in which he shaped, and continues to shape, the imagination of the Indian Republic.It is unusual in a large and ancient country such as ours to so foreground a few personalities. Yet, no matter how discomfiting the notion, in particular for substantial sections of our current ruling elite, it is difficult to escape the legacy of Nehru. Not only was he our first Prime Minister, winning three successive general elections, he set the terms in which we, the midnight generation, began to recognize ourselves as Indians.