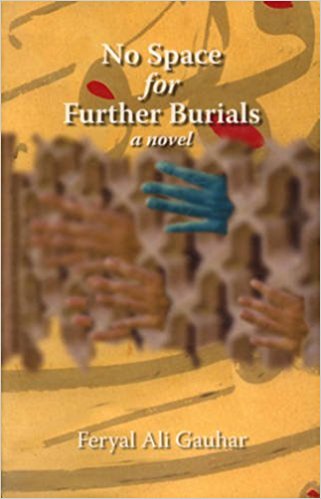 Like Scent of Wet Earth in August, Feryal Ali Gauhar’s second novel, No Space for Further Burials, began as an idea for a film. It was to be based on the aftermath of the 1989 Soviet pullout from Afghanistan and the three-year war between the Serbians and Bosnians that began in 1992. Then came 9/11, and with it hatred and violence in the US, especially against Afghans and Pakistanis who were assumed to be sheltering Osama Bin Laden, the alleged brain behind the attack on the Twin Towers in Manhattan. The film of No Space for Further Burials is yet to be made but its shadow is everywhere in this visually powerful and gripping book.

Two hundred years ago, Wordsworth wished for his days to be bound each to each in natural piety. Often treated as empty sentiment, it was actually a desperate plea for the continuity of ordinary life in a time of widespread war.

However, since Wordsworth was not actually living in the middle of a war, he had the leisure to craft rhythm and vocabulary. In contrast, the language of diaries, letters, narratives, and journals by those who experience war directly is urgent and immediate; it rarely probes beneath the surface of things; it is not metaphoric;