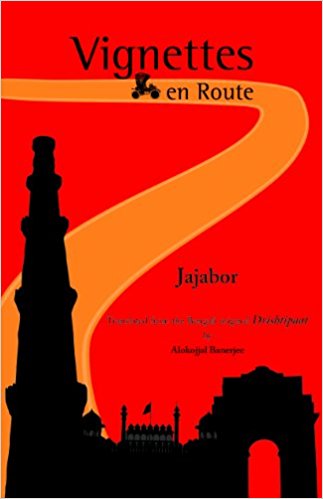 Vignettes is the English translation of Dristhipaat, a Bengali novel published first in 1946, penned by Binay Kumar Mukhopadhyay whose nom de plume, Jajabor, apparently means, as this reviewer found out, ‘a person whose status in society is lower than of a homeless’. The choice of pseudonym is intriguing because of what it means and an explanation of the term in English and the choice of this pen name would have been most welcome.

Vignettes is that rare account of recent history that brings into play an England-returned Bengali journalist protagonist with a fine sense of the momentous times he is living in laced with a biting sense of humour. Set in 1940s Delhi, this purported travelogue, according to the blurb, is supposedly a collation of letters written by the said journalist to a female friend with due editorial changes to maintain confidentiality. Spread over fourteen loosely-knit chapters the book opens with the arrival of the journalist Minisahib in New Delhi to cover Sir Stafford Cripps on his (in)famous mission to garner support for the British war efforts from the Indian political leaders of the day. His landing in the blistering heat of March at Willingdon airport, now Safdarjang Airport, sets the tone for the rest of the book.