Miosis of Caste and Culture 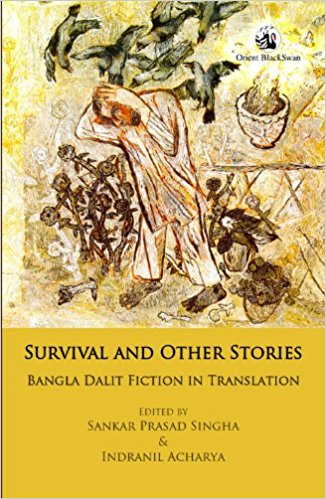 Miosis of Caste and Culture
Rimi B. Chatterjee
SURVIVAL AND OTHER STORIES: BANGLA DALIT FICTION IN TRANSLATION by Shankar Acharya Orient Blackswan, 2013, 179 pp., 295
January 2013, volume 1, No 1

What does it mean to be a dalit in Bengal, that is, in a culture where Tantric, Buddhist, Hindu and Sufi/Islamic thought have mingled and occasionally clashed for centuries? This collection of stories goes some way towards answering the question, though I have to record my disappointment that no women writers are represented among the sixteen authors translated in this volume. This is not the editors’ choice, since they are following an anthology published in 1996 of stories published in the influential Bangla dalit periodical Chaturtha Duniya, edited by Achintya Biswas, Manohar Mouli Biswas and Kapil Krishna Thakur. Nevertheless, the predicaments of women are often central to the plots of the stories, such as the fate of Maya, the girl who is possessed by the goddess Kalyaneshwari in Achintya Biswas’s ‘The Deceived’, or Runu in Kapil Krishna Thakur’s ‘The Other Jew’, who escapes torture at the hands of the man who killed her sister only to be ravaged by the members of a ‘youth club’ who want to extort money from her uncle. In a familiar trope, the women’s vulnerability is a metonymic representation of the overall lack of security felt by their communities.