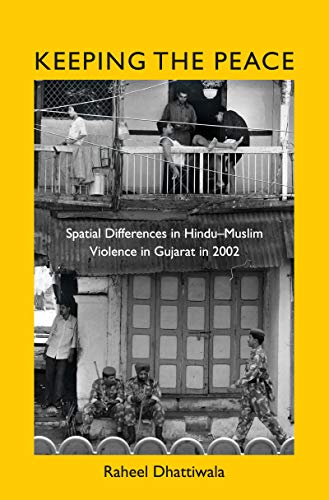 On the 28th of February of 2002, fifty-nine Hindu karsevaks (volunteers for a religious cause) were killed. It led to violent attacks on Muslims, which resulted in the deaths of nearly a thousand Muslims. Even by 2018, only hundred and fifty-two Hindus were convicted in the various cases, out of which 38 were acquitted.

The low rate of conviction is also because of the fact that the State government and the administration termed the riot as something spontaneous, besides many other institutional reasons. The Hindu-Muslim enmity through the ages is often voiced as the primal factor. But what if there is a ‘method in this madness’?

Raheel Dhattiwala starts with evidence-based refutation of the spontaneity thesis. According to her, more important questions than, why violence occurs at one place, is: Why did violence not occur at other places? Why are there not spatial variations in violence, even in the worst episodes of killings? Do those variations occur by chance or they are intended?

Divided in two intelligible parts, in the first part the author creates an original data set, using the Times of India, Ahmedabad edition, of the number of killings in the 191 towns and 25 rural areas of Gujarat, down to the level of the neighbourhood. Some of the novel findings from the data set are that literacy did not reduce violence, and indeed possibly increased it. Economic deprivation did increase the violence and led to more unemployed and under-employed people to do the actual killings. Violence was highest where BJP faced the most intense competition in the forthcoming election. Muslims were most vulnerable where BJP got 33 to 36 per cent of votes in the previous election of 1998, indicating that they needed to attract more voters to ensure their winning. Violence increased with increasing Muslim population and Muslim in-migration. Violence also increased with the proportion of young people and economic deprivation.