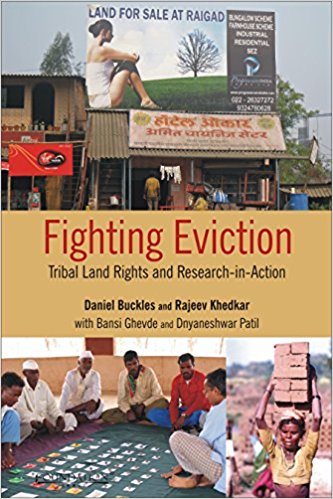 The age of liberalization, privatization and globalization has raised a number of issues, which are central to the tribal life in India. One such important issue is the land question, which is generally considered as a ‘philosophy of tribal life’. The tribal society has been experiencing a series of struggles and conflicts around the land question. The book under review deals with such a struggle of tribal communities in the context of Karjat, Khalapur and Sudhagad talukas of Raigad district, Maharashtra. It discusses the struggle of the Katkaris, formally recognized as a particularly ‘vulnerable tribal group’, for land and housing rights.

The book begins with the origin of the gaothan (village site) problem in the broader framework of the changing relationship between the Katkari and the caste-based agrarian societies of the coastal districts of Maharashtra. The history of the gaothan problem is associated with three aspects, such as Katkari migration from forested hills to the outskirts of caste villages on the coastal plain, integration into rural and migratory livelihood where the Katkari could easily be bonded and systematic exclusion from the caste communities (p. 16).