In a Sub-set of National Politics 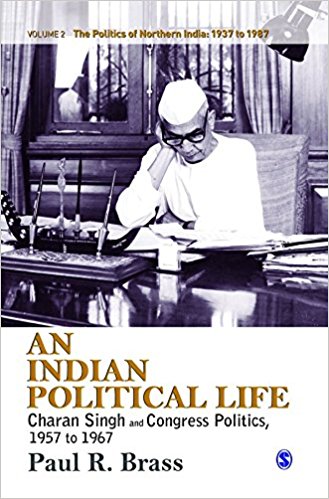 Paul R. Brass’s mega project on ‘The Politics of Northern India: 1937-1987’ is steadily progressing. His style is unique, focusing on the second rung of leaders who played a vital role in the pre-Independence period and immediately thereafter. His first focussed on Chaudhary Charan Singh with whom the author had an excellent rapport. Others in line are Lal Bahadur Shastri, Vallabhbhai Patel, Jaiprakash Narayan, Indira Gandhi and Rafi Ahmad Kidwai. The first volume on Charan Singh was published in 2011, and now the second volume has been published. With Brass staying in India for nine months during 2012-13, we hope that the third and final volume of this series will be published soon.

The volume under review has been built on the image of Charan Singh as an ardent expert of agrarian economics and land reforms. It starts logically with the issues of political economy enmeshed in the complex web of intra-regional economic conflicts as also politics of factionalism in the Congress Party in Uttar Pradesh.