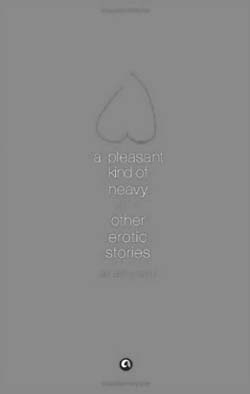 Each story has a woman at its center who is sure that she has wants. And during the course of the story each woman finds her own way to her own particular satisfaction—with gusto and aplomb. The stories place these protagonists in curious situations and so while one invites a foreign neighbour to her bed another finds solace in the nimble fingers of a co-passenger on a plane. A third orgasms while being massaged by her maid while still another comes watching two men make love.
Women climax forcefully, fearlessly and frequently. They identify their desires, they get what they want and then they are happy. They use the men in their lives to achieve sexual satisfaction and sometimes they use women as well. What makes the women in this book unique is that each of them is free to pursue happiness and that each does exactly that. Nothing is forbidden. Lines are crossed, risks are taken and satisfactions achieved. Second thoughts are rare as are missteps. These women are free and they seem to love it.
On the flip side the situations while engaging enough to keep the reader’s interest very often seem contrived and unreal. Every story examines a relatively narrow slice of life that begins to end with some kind of sexual climax. Aranyani also seems to overexploit the stereotype of the exotic hypersexual South Indian woman. Her Ganagammas and Chellamas with their aphrodisiac ‘thailams’ and fleshy folds smelling alternately of jasmine and sambhar sometimes verge on the ludicrous. Their filmy saris while pleasuring their ‘kubils’ begin to grate on the reader’s nerves after a while.
Aranyani describes the actual sex act in detail and with imagination and while there is little doubt that she is a competent writer, the question lingers—is this erotica?
Shouldn’t erotic literature have a little bit hidden? Shouldn’t there be a bit denied? What of the forbidden fruit and it’s allure?
‘I don’t care to belong to any club that will have me as a member’, said Groucho Marx and he had a point. There is need for an unveiling. There has to be resistance and then yielding followed by a libidinal surge of power, conquest. At least for most men it is the struggle that makes it exciting. A little bit of forbidden isn’t always a bad thing.
And while women will certainly find Aranyani’s characters liberating I wonder whether they will find themselves titillated or merely vindicated by the escapades sexual and otherwise. Maybe it would take a woman to give this book the review it deserves.
I enjoyed all nine stories contained in this book. I thought they were beautifully written fairy tales. In my case though arousal was trumped by mere curiosity.