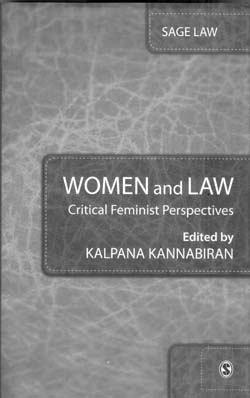 ‘Personal is political’—a revolutionary slogan of the women’s movement summed up the felt need for state intervention in what was considered as private/domestic sphere. This gendered unequal private sphere was where women faced the worst forms of discrimination and violence and relations within the public space were a reflection of it.
In India, the central focus of the feminist movement has been ‘negotiations around law and justice delivery for women’. Feminist campaigns have focussed on making demands on the Indian state to legislate in ‘favour’ of its women citizens. As a result of this many laws have been passed in the last three decades. However, when we talk of women and law it is not just restricted to these women-centred laws dealing with rape, dowry, sati, entitlements etc. but as Kalpana Kannabiran, the editor points out, it is about the ‘violence of an unequal social order and more importantly, law’s violence.’