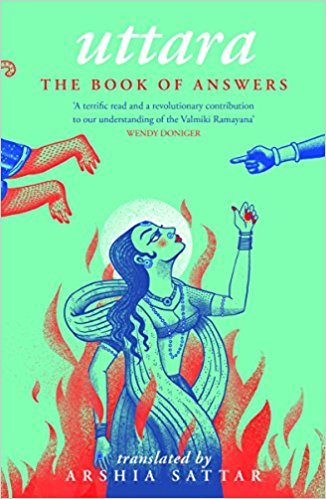 In a general, widespread opinion, the Rama story is old and ageless and its narration in Valmiki’s adi-kavya both original and authoritative. Its new translation, undertaken at the prestigious American university of Princeton in the final decades of the last century, described it as follows: ‘Few works of literature produced in any place at any time have been as popular, influential, imitated, and successful as the great and ancient Sanskrit poem, the Vakmiki Ramayana.’ This description is supported by the continued growth of Ramayana literature in our times.

This new book is by a well known Ramayana scholar. Arshia Sattar’s lauded translation from the original Sanskrit of Valmiki’s epic appeared as a Penguin Classic a decade after the Princeton project. Since then, apart from other classic translations, she has over the years also taught and written about this globally famous work. Her collection of essays on it was later published by Penguin as Lost Loves: Exploring Rama’s Anguish. More recently, another publisher brought out her charmingly retold Ramayana for Children, reviewed in these columns in November 2016.