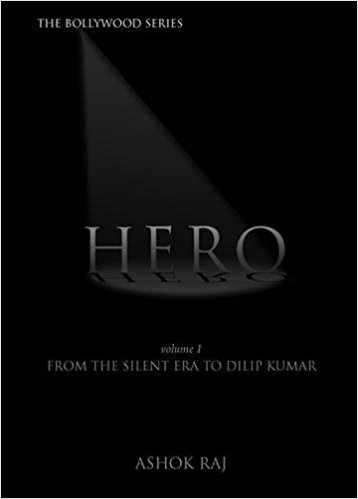 Hindi cinema, or if one may, Bollywood, is such a fascinating subject of study that almost any lens through which you might choose to look at it offers myriad possibilities of providing fresh perspectives on history, culture, society, politics, nationhood, gender etc. The precondition of course is that the exercise should be done with some intellectual rigour. The concept of a hero in Hindi films is particularly interesting and rich with potential because for a large part films have been built around this central figure. Spread over two volumes, Hero is a work by Ashok Raj that tries to look at the Indian film hero through the ages starting from the silent era to 2009. The main focus is on the three monumental figures of K.L. Saigal (1930s and 1940s), Dilip Kumar (1940s to 1960s) and Amitabh Bachchan (1970s and 1980s). The author identifies them as the quintessential Indian film heroes whose screen personas managed to capture and reflect the sociopolitical, cultural and emotional mood of the nation during each of these periods.

Hero sets itself up as trying to break new ground by taking up the study of Indian cinema from an unexplored perspectivethat of the indigenous film hero . . . the indigenous hero, in his evolution, development and mass acceptance, traces the history of cinema itself. Imbued with a distinct Indian ethos, this frontal figure also provides to cinema its true national identity. Unfortunately, the book, though one is a bit reluctant to call it that, suffers from an overdose of information arranged in a readerunfriendly way. If it was meant to be an encyclopaedia to be used for reference purposes only, then one would not have tried to read it through as a book; then it needed to have been structured and presented accordingly. If it is supposed to be a book that is building an argument or putting forth an analysis of the how and why of the emergence of the indigenous film hero, his hold over the audience and the transformation of this figure over generations, then the information needed to be used to substantiate the ideas and arguments, and not as information in its raw form.