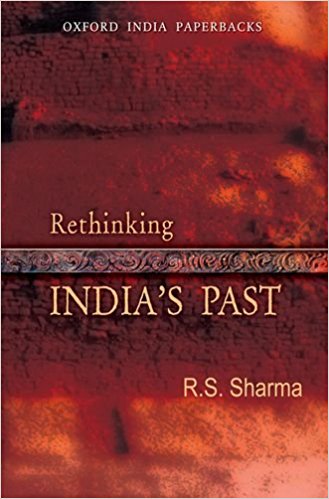 R.S. Sharma’s work is marked by a particular and long-term commitment to both his politics and history. The essays in this volume address many themes: from colonial historiography to nationalist utopias; from issues of methodology to the mode of production; from marking transitions to a detailed study of social relations. Taken together, they provide both a starting point to discuss his work and an indication of the range of his interests.

Professor Sharma’s contribution to our understanding of early Indian social history has been that of a pioneer, to say the least. Beyond the profusion of dates and kings that marked the work of many nationalist historians, the work of Sharma, like that of D.D. Kosambi before him, opened up the discussion of history to include an analysis of the structures of exploitation, of the life of the lower classes, and transitions between social formations.

Many themes—the concern with structures, with the mode of production, with the link between ideology and the operation of productive forces—give Sharma’s work an avowed Marxist character. Detractors may carp at quotations from Marx and Engels, but the strength of Sharma’s work lies in his ability to creatively adapt Marxist theory to local situations and contexts. He also calls for caution in the adoption or construction of models, proclaiming at the outset: ‘I would prefer to be damned as old-fashioned rather than go in for the latest without assessing its analytical validity and social relevance. New terms are needed to express new ideas, but phrase-mongering should not be confused with advances in historical knowledge’ (p.11).