How Inclusive Is The Public Sphere? 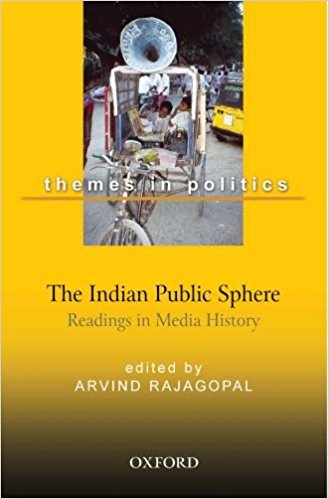 This edited volume attempts to capture the particular and indeed very peculiar characteristics of the public sphere in India. There is a constant juxtaposing of the rational orderliness of the Habermasian public sphere to the seemingly more chaotic, raucous quality of the Indian public sphere. The opening section of the book contains four selections that inform us about the colonial construction of the Indian public sphere. The later part of the book, which is itself divided into four sections, highlight and bring out developments of the public sphere, in the post-Independence decades of the 1950s, 60s, 70s and 80s. The last section has a number of essays which analyse changes that have arisen with two decades of liberalization in the 1990s and the opening decade of the 21st century. Three important phases in debates around the public sphere emerge: (i) the colonial era against which was posited a nascent nationalism; (ii) the post-Independence decades of the 50s to the 80s; and (iii) the more recent two decades of liberalization. To each of these phases can be linked three distinct themes:(i) nationalism, (ii) state driven develop-mentalism, and (iii) a market driven proliferation of the media.

All three periods and their distinctive themes have different implications for the development of the public sphere. In the first two one finds a constricted formation of the public sphere and in the last one finds the opposite extreme of a massive proliferation, especially of the electronic media.