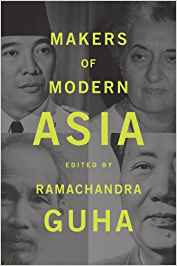 In that 1971 classic essay, ‘After the Revolution: The Fate of Nationalism in the New States’, Clifford Geertz alluded to the ‘darkened mood’ that had descended upon the new states. The great cultural anthropologist talked of a creeping ‘disenchantment with party politics, parliamen-tarianism, bureaucracy, and the new class of soldiers, clerks and local powers; in uncertainty of direction, ideological weariness, and the steady spread of random violence.’ And, in this majestic overview, Geertz feared that most of the new states were in for a spell of ‘commonplace rulers’.

None of the eleven leaders included in this catalogue of iconic ‘makers of modern Asia’ can be called a ‘commonplace ruler’. Each was a transformational leader; each sought to roll back the ‘disenchantment’ phenomenon, noted by Geertz; each was a consequential leader who repainted the landscape in his country.