From Détente to Entente 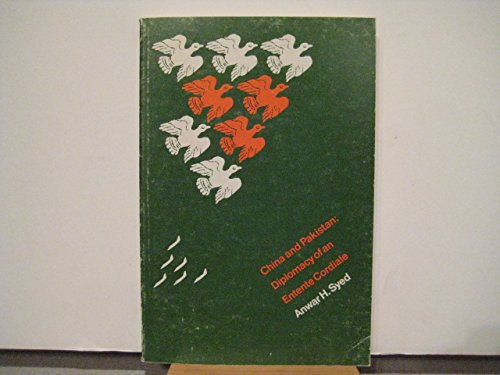 In 1963 Maulana Bhashani met Mao in Peking and Mao spoke to him about Pakistan, USA, USSR, and China. China’s relationship with Pakistan was extre­mely fragile at the time, Mao said to Bhashani, and the United States, Russia and India would do their utmost to break this relationship. Mao said: ‘You are our friend and if at the present moment you continue your struggle against the Ayub Government, it will only strengthen the hand of Russia, America and India. It is against our principles to interfere with your work, but we would advise you to proceed slowly and carefully. Give us a chance to deepen our friendship with your Government.’

The Maulana agreed and kept his word for almost six years, says Syed in this study of the development of Sino- Pakistan relationship. During this time the relationship between China and Pakistan developed and deepened and turned from detente to entente.

As Syed says, the Chinese leaders said or did nothing to support the popular movement against Ayub Khan during 1968-69 or again the conservative and feudal rulers of Pakistan. Indeed, it is Syed’s thesis that China scrupulously kept out of Pakistan’s internal affairs and never made any effort to encourage any revolutionary or dissident activity.

Anwar Hussain Syed writes from Pakistan’s point of view and is often contemptuous of Indian writings on relations with or developments in Pakistan, but if one overlooks the pro-Islamabad trappings from his book, one will not find his thesis sharply different from that of Indian students of Chinese developments.

Syed, who lives abroad (in Canada or USA), had the advantage of long and significant discussions with Pakistani leaders and diplomats and has also used a good many available English language materials. He traces the development of Sino-Pakistan relations from 1949 onwards. He notes the early decision of the Pakistani leaders to join the US military alliance, the consequent abrasiveness in relations with Peking and Peking’s occassional criticism of Pakistani policies. However, he notices that the thrust of Chinese criticism was generally directed against the United States but that China exercised moderation in its criticism of Pakistan itself, and he largely accepts the ‘Indian view-point’ that Peking had at a very early stage gras­ped the potentialities of a situation of Indo-Pak con­flicts. He, however, gives it a slightly larger canvas and believes that Peking’s opening towards Pakistan was directed equally against the United States and the Soviet Union.

Syed gives a detailed account of the developments of Sino-Pakistani relationship up till and including the Indo-Pak war of 1965. He ends by a briefer conside­ration of Peking’s role during the conflict in Bangladesh and takes a bird’s eye-view of the problem of Pakistan’s foreign policy, in terms of its security, particularly in relation to USA, USSR, China and India.

Although aware of its limitations, Syed believes that Pakistan was the major beneficiary of the Sino-Pak relationship and that Peking did not ask for very much in return. Pakistan got significant military and economic aid from Peking, but the Chinese kept the relationship at a non-ideological level and scrupulously observed the principle of non-interference in Pakistan’s domestic affairs. He also acknowledges the ‘lively interest’ which Peking has in maintaining the integrity of Pakistan. But he overlooks the gains to Peking of the Pakistani connection, firstly as a useful second front against India, secondly as an irritant on Soviet borders, thirdly as an out-post of influence into the Gulf and West Asia and finally, as an important element in Sino-U.S. accommodation against Soviet influence in Asia.

If one may be forgiven for saying so, for a book written from the Pakistani point of view the treatment remains fairly balanced except at a few places. What is more perceptive is Syed’s recognition that in the final analysis Pakistan’s security and integrity is contingent on developing friendly relations with India, and his plea, even though mentioned very briefly toward the end of the book, for a larger Pakistani perspective and for some accommodation for the Indian point of view in the search for security. He also advises Pakistan that the Soviets did not have any inevitable interest in the break-up of Pakistan and that Pakistan need not close the door to Moscow either.

Without detracting from the usefulness of Syed’s balanced book, it suffers from two major flaws. First of all, Syed’s description of the perceptions of the two countries, India and Pakistan, of each other is grossly simplistic and certainly unfair to India. I cannot say much about the Pakistani perception of India, but to sum up as Indian perception of Pakistan only the most hostile and the most critical statements made in India by Indian leaders and commentators—and those too made during times of acute crises—gives a totally distorted view of Indian hopes and desires. Except for the Jan Sangh and the RSS, there is no element or political group in India—from the Communists to the Swatantraites—which does not favour improved and close relations with Pakistan. In fact, every step taken by India for improvement of relations with Pakistan has been welcomed by practically all parties and groups, except the Jan Sangh and similar elements.

The second serious flaw in the book is about Syed’s perception of U.S.-Pakistan and U.S.-Pakistan­-China relationships. Syed seriously underestimates the help extended by Washington directly and indirectly through its other allies and friends, to Pakistan and its interests and causes. It is the same flaw which makes him underestimate so obviously Washington’s role during the Bangladesh crisis and the meaning of the orders to U.S. warship Enterprise to sail into the Indian waters at the time. His error in assessment is obvious from the recent developments in Bangladesh where every effort has been made by outside forces to reverse the process that began in 1971. This also leads him to an underestimation of the possibilities of joint Sino-U.S. activity or actions in and around India.