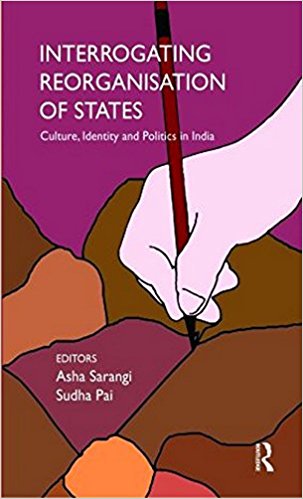 Any serious student of Indian federalism must be aware that if Indian federa-lism has been the key to holding this very complex and culturally diverse country together in conditions of democracy over the last half a century-a remarkable record of nation and state building in sharp contrast to the former USSR and many countries in the non-western world-the method that has informed the process of federation building (and re-building) in India has remained what is known as ‘reorganisation of States’. The process has entailed (under Article 3 of the Indian Constitution) several activities such as bifurcation of existing boundaries of federal units, and the change of their names. Also, the Indian Constitution has given the Union Parliament nearly unilateral powers to do so. On the face of it, such a provision may appear, in pure federal theory, perhaps as the most anti-federal of all provisions because it compromises with the territorial integrity of the boundaries of the federal units, considered, theoretically, as the elan vitae of federalism.

But in the Indian context, the above provision and its application has so far proved to be most effective in nation and state building (as well as holding) processes, and in consolidating very often the disparate territorial units, themselves quite complex, socially and culturally speaking, together within a single polity.