Group Rights and What it Entails 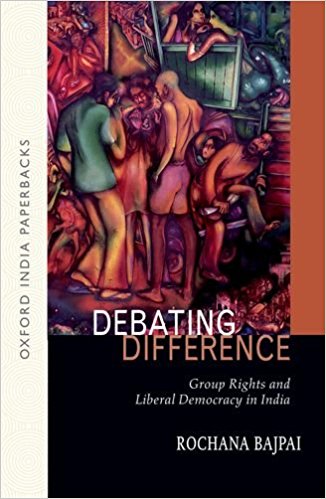 Rights are of various kinds-every day we read about people struggling somewhere in the world, for the right to free speech, for sexual rights, for the right to a minimum wage, or for the right to freedom of religion. These rights are indi-vidual rights. One can also have a right to a place in a university, not as an individual but, for example, as a woman, or as a Christian. This right belongs to one by virtue of one’s membership in a certain group or community. Such rights are called collective or group rights; Rochana Bajpai’s book is about the journey of group rights in India. Bajpai’s book has a two-fold project-its first purpose is to map out ‘the career of group rights in India’ (p. 173) by focusing on two time periods. From Bajpai’s perspective, the years 1946 to 1949 constitute ‘the moment of containment’, when group rights were curtailed by the Constituent Assembly of India in comparison to the regime of community based rights which existed in colonial India.

The late 1980s and the 1990s make up ‘the moment of crisis’, when the issue of group rights was reopened and such rights were extended in terms of religious groups (the Shah Bano case) as well as socially disadvantaged groups (the Mandal issue).