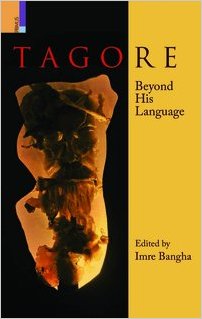 It would not be an exaggeration to state that since his sesquicentennial birth anniversary celebrations began in 2011, Rabindranath Tagore has been the focus of attention of plenty of scholars all around the world. As a global figure, Tagore transcends the boundaries of language and reaches out to people distant both in time and space. So it is no wonder that seminars leading to anthologies based on his oeuvre have flooded the market over the past few years. The volume under review, edited by Imre Banga (who is an Associate Professor of Hindi at the University of Oxford), is based on the papers presented at the conference ‘Rabindranath Tagore Beyond Bengali Literature’ organized at Eotvos Lorand University, Budapest in 2012. Comprising twelve extended essays or dialogues in four different sections, the editor claims that all of them investigate how Tagore’s writings and art are linked to the meta-linguistic domains of the psychological, medical and mythical,