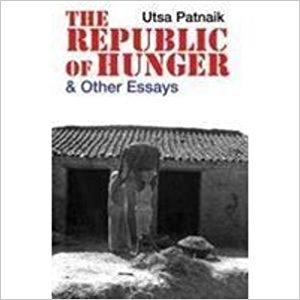 Trade as Imperialism
Achin Vanaik
THE REPUBLIC OF HUNGER AND OTHER ESSAYS by Utsa Patnaik Three Essays Collective, 2008, 232 pp., 250
January 2008, volume 32, No XXXII

As the author puts it at the outset, the unifying theme of the twelve essays included in The Republic of Hunger is “the impact on the third world of the new imperialism in the present era, which takes the form of deflationary neo-liberal ‘economic reforms’ and a thrust towards free trade”. In particular, the essays deal with the impact of these policies on the food security and livelihoods of the people in developing countries including India. The book contains five longer essays, four of which were published earlier in Social Scientist, and seven shorter pieces – earlier published in People’s Democracy.

With the onset of economic reforms in India, the idea of national self-sufficiency in foodgrains has given way to that of reaping the supposed benefits of opening up agricultural markets for the world, especially after the Uruguay round of the WTO in 1994.

Almost concomitantly with this shift, agriculture in India has increasingly been exhibiting signs of deep distress. The spate of farmers’ suicides and the growing insecurity of food entitlement among a large section of the population that shows up in nutrition deprivation and plain hunger are all too glaring to be swept under the shining carpet of growth and foreign investment.