Labour as the Focal Point 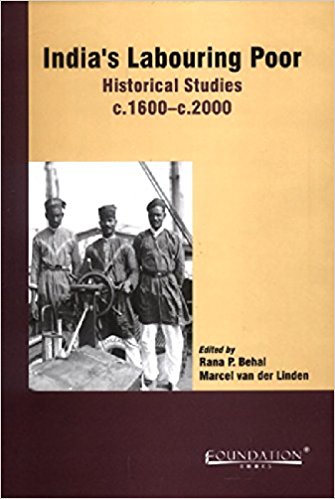 In the aftermath of the furore created by the implementation of the Mandal Commission Report in the early 1990s, V P Singh had commented somewhere that Indian society was extraordinary in the way it stigmatised those very social groups who created a large part of the material wealth on whose basis we all survived: agricultural workers, artisans and the peasantry. In fact, although the Commission did draw attention to an even more vulnerable group, the denotified and nomadic communities, it was not until the middle of the current decade that the Government of India had woken upto the existence of this section of our society. It established a distinct Commission to examine their conditions of existence, the National Commission for Denotified, Nomadic and Semi Nomadic Tribes. The relevance of this observation to a review of the book under discussion is this: the most important of the essays (those that provide a unifying theme) to the book examine the role that these denotified and nomadic communities played as the “wealth creators” (as the current idiom terms the process) in the Indian economy until the third quarter, or so, of the nineteenth century.

Ian Kerr’s article entitled “On the Move: Circulating Labour in Pre-Colonial, Colonial, and Post Colonial India” makes the case quite persuasively. However marginal the impact of the denotified and nomadic communities on the contemporary economy, and however socially and culturally marginalised they may be today, as construction workers, transporters, and even as entertainers, these groups were central to the social reproduction of society for a very long period. Kerr uses the term “circulating” as better capturing the modes of existence of these communities on the move, rather than migrant, which implies periodic movement from home to workplace.