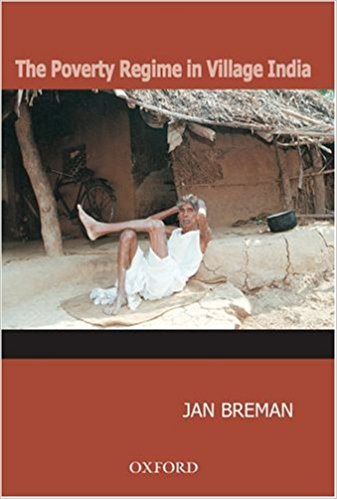 Jan Breman’s enquiries into the world of rural labour in post-independence India are well-known. Much of his work, on this subject, is based on field-studies in the rural landscape of South Gujarat, from the early 1960s onwards. It is remarkable in itself that Breman has kept in very close contact with the region of his field-studies, through innumerable visits, over a period of close to half-a-century now, observing the vicissitudes of the socio-economic well-being of the rural proletariat. Empathy and bonding with the subjects of his field studies are often recounted by those who have known Breman and his work personally. Late Arvind N. Das, who I had the privilege of knowing well, was a close academic collaborator of Breman; he once told me, almost a decade ago: Breman acquired a very special place in the hearts of poverty – stricken landless labour households soon after starting his field-studies, and this bonding deepened further with time as, from one generation of adult workers to the next, Jan made the transition from being a ‘Bhai’ (brother) to a ‘kaka’ (uncle)’.

I am sure that by now, for younger generation of labourers in Gandevigam and chikhligam (i.e. the first two villages of his field-work in the region), Jan Breman’s image is that of an affectionate grandfather. I mention this personal and compassionate aspect of Breman as a researcher because, I believe, it contributed immensely to his academic enquiries.

As in his other well-known studies on the subject, the struggles of labourers for their survival and emancipation happen to be the central concern of the present work. Drawing on his most recent field-work, carried out between 2004 and 2006,