Towards the Refugee Diaspora 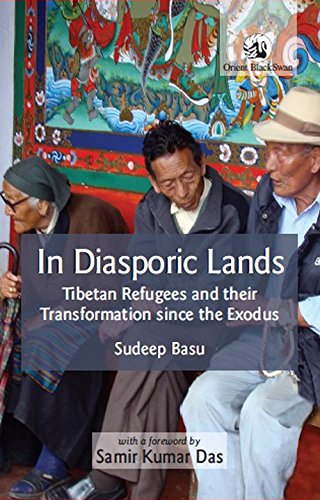 Towards the Refugee Diaspora
Ankur Datta
IN DIASPORIC LANDS: TIBETAN REFUGEES AND THEIR TRANSFORMATION SINCE THE EXODUS by Sudeep Basu Orient BlackSwan, New Delhi, 2018, 272 pp., 775
March 2019, volume 43, No 3

Since the middle of the 20th century, one of the definitive figures of political life has been the refugee. Whether we look at writings about minorities, the stateless and unwanted people, or we look to large-scale violent dislocations of populations during the Partition of India, or to the large-scale displacement of Palestinians with the establishment of Israel, the refugee is a figure that marks the modern world. This does not mean that there have not been displacements before. To be in exile has been a part of our historical imagination. If we turn to the news for recent events, whether they comprise reports of crossings across the Mediterranean or the expulsion of the Rohingyas from Myanmar, the figure of the refugee has perhaps acquired even more importance and meaning.

If the 21st century begins with conflict, displacement and the continued making of people into refugees, what does it mean then to be a refugee now? What does it mean to face protracted displacement, when one’s ‘refugeeness’ does not seem to end? How do refugees locate themselves in this world? How do they make a new community life in exile? How does this category relate to other frameworks in migration studies, such as diaspora? These are some of the larger questions that are discussed in Sudeep Basu’s new book which takes the case of Tibetan Refugees in India. Tibetan refugees are one of the most prominent groups of refugees in the world, comprising those who fled from Tibet with the Dalai Lama, the spiritual and political head of Tibet, following the Chinese invasion of 1959. They have enjoyed a relatively high profile perhaps due to the popularity of the Dalai Lama and Tibetan Buddhism in the western world. Yet they also stand out as one of the first cases of people who sought refuge in India and Nepal, where consequently generations have come of age in communities that have become diasporic in practice.

As part of his theoretical engagement, Basu explores the different dynamics faced by Tibetan refugees as a way to understand the ‘refugee diaspora’ as a historically and culturally constituted community (p. 212). He rightly points out that earlier scholarship on refugees from the 1970s, while important to the development of forced migration studies, followed a functionalist model of clearly outlined processes and attention to changes brought by states of ‘before’ and ‘after’ displacement. While cultural change is extensively documented in forced migration studies, it also presumes a sense of staticness, i.e., if anyone did not migrate, they may not have changed.