Between Dreams and Displacement 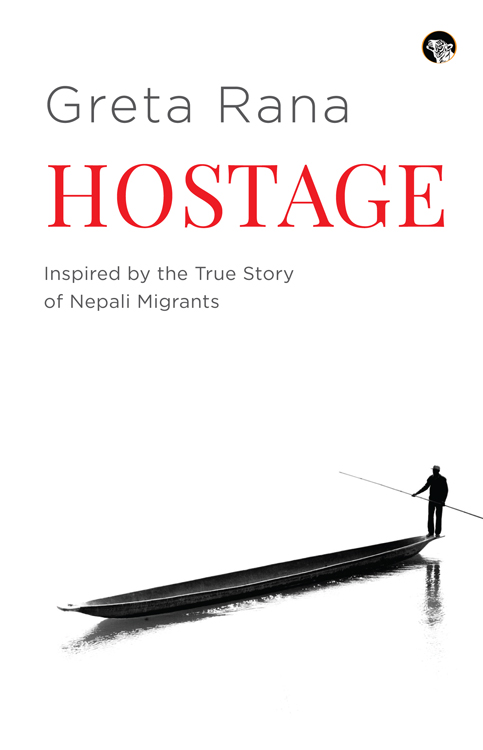 Greta Rana’s Hostage is both a political and personal story of displacement and violence that puts the reader in the thick of a migrant’s turbulent and unpredictable life. Unlike an academic study that structurally locates migration within specific national projects, Rana’s book, based on true stories of Nepali migrants, offers a critical humane perspective from the other side.

Hari Prasad is a boatman who works at a jungle safari camp in the protected forests of Chitwan district in southeastern Nepal. Driven by financial stress and a dream to give his children a decent education, Hari Prasad decides to migrate to the Gulf for a better job. Economic disenfranchisement at home and the lure of a higher standard of living are patent push-pull factors behind migration, especially in the Indian subcontinent. The Bangaldeshi migrants in India are bound by a similar circumstance.

Back home in Nepal, Maoist violence and institutional corruption wreak havoc. The social fabric is torn apart, and insecurity runs rampant. These often nudge Rana’s Nepali characters of all classes–many of whom earlier enjoyed a stable life in their country–to think of a life elsewhere. Yet again, political disturbance has been a routine driver behind cross-border migration in the Indian subcontinent wherein social, political, and religious persecution–like in the case of Bangladeshi Hindus, Sri Lankan Tamils, Tibetans, Chins, and the Rohingya–have forced people to flee their homelands in search of security, stability, and dignity.

The next major turn of fate comes when Hari Prasad returns to the Middle East after discovering the mayhem at home, but finds himself, by a stroke of ill fate, in the hands of Islamist terrorists who capture a dozen Nepali migrants on suspicion of spying for the Americans. Prasad ends up being the thirteenth hostage who is shot dead with discretion, away from the camera, unlike his twelve compatriots. What follows is a protracted legal battle to highlight his tragedy and deliver justice–peppered by romance, drama, and separation.