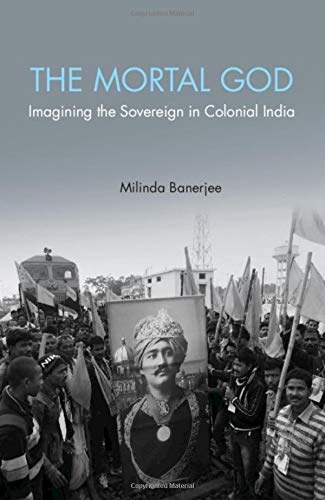 Milinda Banerjee’s The Mortal God is an interesting and incisive intervention on the issue of Indian attitudes towards power and conceptualizations of rule. It explores the issue of ‘Imagining the Sovereign in Colonial India’ through a wide lens, managing to adroitly bring the readers’ attention to notions of sovereign figures and sovereignty at various levels of Indian society, from the British colonial thinkers, to Indian elite among the nationalists, as well as popular conceptions among the subaltern figures of the peasant and the tribal.

Though influenced by Hobbes’s ideas, the book has consciously sought to move past a Eurocentric approach to examining the issue. Thus, while European Enlightenment thinkers do play a role in influencing the overall structure of ideation prevalent in the subcontinent, Banerjee is not limited to them, taking a far more practical approach to the subject, and in doing so, highlights the numerous systems of imagination that existed. The picture he paints is not a clean one. It leaves the reader with an image of Indian thinking that is rather messy and chaotic, managing to show how extremely divergent ideas coexist, in the past and the present, with crisscrossing lines of influence. This isn’t a weakness of his thesis however. It introduces the reader to the fact that ideas of rule in India are far from clean, compacted versions dictated by a limited set of actors. Instead, it showcases how every section of Indian society has played a role in the shaping of Indian ideas towards sovereignty.

In terms of organization, the book begins in familiar waters. The first two chapters after the Introduction explore British ideation of monarchy and principles of colonial rulership. The next chapter looks at the imagining of sovereignty through the prism of the Princely States. Banerjee makes interesting points in these chapters, in particular engaging with individual cases to explore the impact of colonial thinking.The two case studies of Cooch Behar and Tripura he showcases analyse as to how the Princely States became an area where Indian nationalists imagined centralized sovereignties, one where we see a rather alchemical interaction of British and more indigenous philosophies and attitudes towards rule. To most history readers this is somewhat familiar territory, one that many authors have worked in and continue to do so. For the non-historian however, it should prove to be a highly informative introduction to the basic principles of rule and control that shape the Indian state at the top.