Together They Shocked And Dazzled 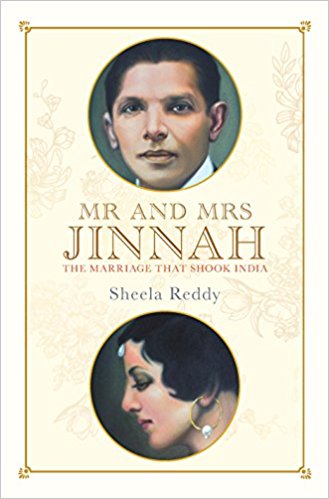 The story of Ruttie and Jinnah could easily be translated into a screenplay. It has all the elements to make a compelling film—the tall and stately Muhammad Ali Jinnah so enigmatic in his quiet resolve to be the most powerful man falls for the beautiful and determined Ruttenbai Petit in her diaphanous saris and scandalous blouses to whom the fight for freedom is as thrilling as her dangerous romance with Jinnah. From the forbidden romance and Ruttie’s conversion to Islam, to the elopement and the consequent reality checks about love, life, nationalism and politics, Sheela Reddy’s Mr And Mrs Jinnah: The Marriage That Shook India has it all.

An unlikely couple, together they shocked and dazzled. Where Jinnah was a slow flame, gradually gathering strength, Ruttie was a crackling fire. They were written about in gossip columns, spoken about in hushed disapproving tones and caused many a conservative Muslim and Parsi leader to have many many cows.