Laced With Myth And Folk Tale 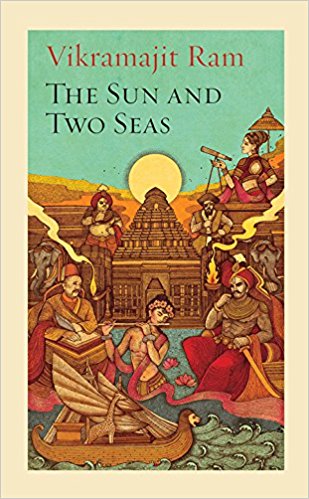 Written by Vikramajit Ram whose first book Elephant Kingdom: Sculptures from Indian Architecture was followed by two travelogues, The Sun And Two Seas marks his debut in fiction writing. A graduate in art from the National Institute of Design, Ram combines his knowledge of art and architecture with excellent narrative skill to tell—‘not the sad story of the death of kings’, though several deaths do occur in the novel—something that is more than an exceedingly readable tale. The Sun temple at Konark forms the nucleus around which the novel’s parallel but connected narratives are structured. Sculpted as a giant chariot, the vehicle of Arka/ the Sun God, with twelve pairs of giant wheels and pulled by seven horses, the temple is believed to have been built by King Narasimhadeva I of the Ganga dynasty in 1255 CE. Apart from these links to archaeology and history the narrative is a heady concoction of fiction laced with myth and folk tale.

Divided into four parts, the novel has a dramatic, almost climactic beginning with easy chronological shifts—the description of the great fire that destroyed the royal palace of Cadambagiri is followed by the narration of the events that led to it; the appearance of the Oracle before the Raja, the construction of the grand pavilion, the arrival of the Crown Prince of Parijatapuri supposedly to study statecraft, and the younger princess’s infatuation for him. Thereafter the locale shifts back and forth between three lands, Kataka, Parijatapuri and Cadambagiri, interspersed with the chronicle of the ten month long voyage to the kingdom of Kilwa and back, and of course the fulcrum of it all, the site of the temple on the mouth of the Chandrabhaga river as it flows into the Bay of Bengal. In keeping with the penchant of medieval kings to build temples and palaces to commemorate major events of their reign, Narasimha Ganga embarks on the ambitious project of building the Sun temple to mark his coronation. Six years have gone by since then; the privy treasury is depleted and the structure is nowhere near completion. Barring the first chapter, the novel is situated at this point in time and moves forward.