To a Voyeuristic Glimpse of Karachi 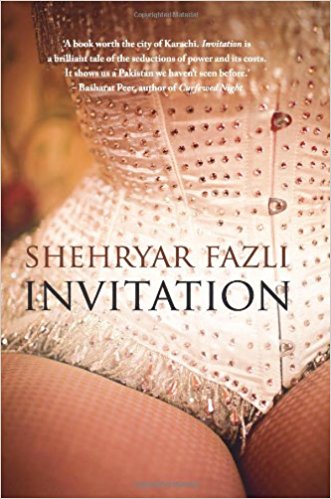 A wander through the fiction section of Delhi’s bookstores reveals rows and rows of colourful dust-jackets and attractive offerings by Indian and Pakistani authors. The volume is staggering, but though there is no shortage of choice, not all of it is good. Sadly, Invitation too promises more than it can deliver.

As this South Asia Special testifies, there has never been a better time to be a subcontinent writer in English. Gone are the days of the simple mathematics of ‘Indian fiction equals Salman Rushdie plus Vikram Seth’ —today we find everything from chick-lit to college chronicles, though little of it is quality fare. That hasn’t stopped the bookshelves filling up, though. The English aspirations of the growing middle class have helped launch many a bestselling author, making writers like Chetan Bhagat household names. The remarkable thing is the pace at which English is becoming the intermediary between local writers and local audiences.

But the other theme to much of this burgeoning literature is that of a bridge to the West. That is, fiction in English, with subcontinental storylines, but predominantly aimed at a western (or western-oriented) audience. The recent success of writers such as Mohsin Hamid and Aravind Adiga, in terms of sheer volume of sales, owes largely to this phenomenon. Hamid’s The Reluctant Fundamentalist has even become required reading in some US colleges as a window into the lives and minds of Islamic fundamentalists. The protagonists are local, as is the setting, but the audience and mindset is not.