Vocabulary of the Everyday 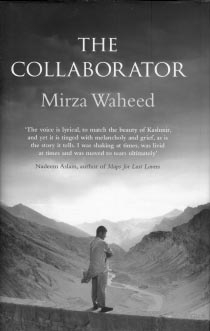 With insurgent and resistant narratives thronging the repertoire of contemporary South Asian fiction, what stands undisputed are the truth-claims of Eric Hobsbawm’s theory regarding the paradox of South Asian nationalisms: new and old. Provocatively flaunting the gauntlet, the historian stakes his claim by stating that (almost) all insurgencies in South Asia are founded on grounds of establishing new nations which makes national boundaries the quested lost arc of the empire. In Mirza Waheed’s novel The Collaborator, the flower-laden meadows of the valley slope down, albeit gently, into the liminal territory of Azad Kashmir—a nation in-the-making, but the path(s) leading there are well-trodden. Clearly, despite the illegitimating claims of Amitav Ghosh’s Shadow Lines, borders continue to be a force to reckon with. So, while religious and linguistic similarities create stronger bonds than national loyalties, the recent economic debacle of Greece, as economists have noted, owes, not in small measure to border infiltrations from Turkey.

Perhaps there is greater monetary logic at work when nations guard borders with the bullet as with emotive rhetoric. As jihad spreads its wings, the wherewithal provided by Pakistan—as the narrator clearly states, army battalions line up against the border and the young Captain posted there, duty-bound, needs more booze to dull his sensibilities if not his vocabulary. Bodies pile up, a putrid smell permeates the saffron valley and a collaborator is needed to clean up the mess.