The Way Wars Were 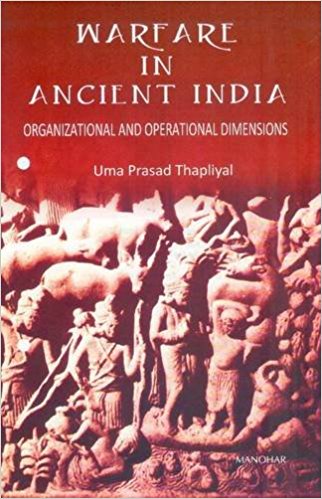 A ncient Indians, like people elsewhere in the world, fought their wars for their king and country with the weapons of those times. However, not much is known about how those wars were fought, or of the strength and organizational structures of those armies, or even of the prevalent social milieu and the attitude of the populace to war and conflict. Lack of historical evidence has perhaps acted as a deterrent to scholars to delve into the subject, as a result of which published literature on warfare in ancient India remains scanty. A lot of source material is drawn from the great epics, the Ramayana and the Mahabharata, as also from the Vedas of ancient times, but here too, much of what is stated has not been corroborated by other evidence. The attempt by the author to write about warfare in ancient India is thus a bold effort to look into some of these issues to present to the reader a picture of Indian military systems from earliest times.

Starting with a survey of warfare in ancient India, the book delves into organizational structures of those times, the conduct of war and the strategic and tactical concepts as espoused in the Vedas, Epics, Smritis, Arthashastra and Niti Works.