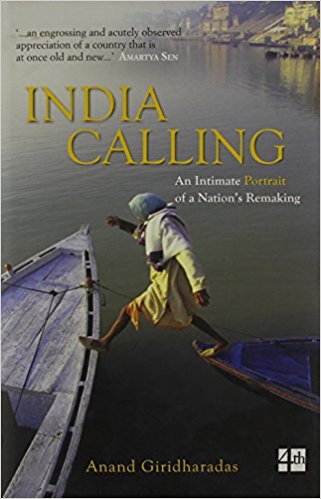 It is not easy to review a book of this kind. A personal reflection of what I would describe as a ‘return journey’ of an Indian American and his interface with a ‘different’ yet ‘similar’ India. He does this with a certain degree of familiarity, which is partly first hand and partly acquired, and also with a certain degree of decultured astonishment. Son of a Tamil father and Punjabi mother born, brought up and accultured in America, describes living experiences with the country, society and people of his parents (I am not using ‘forefathers’ deliberately) with a natural ease, at the same time with a certain degree of awkwardness. E.g., about where he ‘belongs’-American yes, but not ‘basically’; if father is a Punjabi and mother is a Tamil, ‘you are a Punjabi?’, but if it is the other way round, ‘you are a South Indian’, a rather broad category for people from south of the Vindhyas. Impressions and reflections, as they keep emerging, are of an India of the twenty-first century, a century that a suave apolitical Rajiv Gandhi, representing a change in Indian politics, kept promising India since the mid-1980s-a good decade and half before it came.

But it is significant to note that he tripped midway; Shah Bano, opening the gates of the disputed Ram Janmabhoomi and promise of a ‘Ram Rajya’ in 1989 general election did not add to his apolitical-in-politics image and he lost to his former Finance/Defence Minister V.P. Singh.  However, the next century came with a decade of liberalization of economy under distress in 1991 under the only second Congress Prime Minister outside the Nehru-Gandhi family, though he had taken only a hesitant first step.  ‘India’ that is ‘Calling’ Anand Giridhardas has emerged following a liberated economy in the age of globalization.