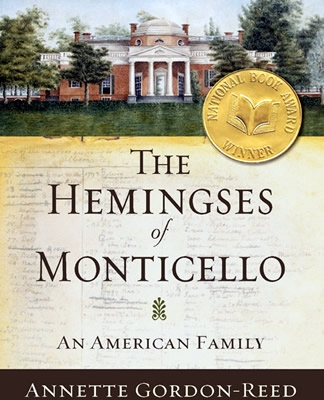 Annette Gordon-Reed won the 2009 Pulitzer history prize for this remarkable book, surely one of the most deserving recipients of that high honour. She is a legal scholar, a professor of law at New York Law School, and she brings her formidable legal skills to bear upon the scattered bits of historical evidence on her subject of inquiry, which is the passage of a Virginian slave family through several generations. It is a compelling story, not least because this was a slave family owned by Thomas Jefferson, one of the founding fathers of the American Republic, who proclaimed the rights of all human beings to liberty. Factual evidence on slaves is necessarily scarce because the beneficiaries of slavery were anxious to conceal rather than reveal. But because slaves were property just as much as land or machines, the owners kept inventory records of births and deaths, and these are the vital micro foundations on which Gordon-Reed and other historians of slavery were able to build their and our understanding of that appalling institution.

Slaves in the American colonies were governed by the Roman law of partus sequitur ventrem, enacted in Virginia in 1662, whereby all children of a female slave, whatever their paternity, inherited the legal status of the mother. The white population of these colonies on the other hand was governed by the Anglo-American law of paternal lineage and inheritance. This gave a clear incentive to slave owners to encourage a high birth rate among female slaves, and to contribute to it themselves, since every slave birth increased the property of the owner and all his legal descendants. White families pretended not to notice when slave children were born with clear visual evidence of white paternity. Slave children were filius nullius under the law applied to them, legally children of no known father. Indeed, widowers with children had much to gain from a long-term liaison with a slave instead of a legal second marriage to a white woman. White progeny subtracted from the share of prior claimants to family property, unlike slave progeny who added to the family property.

Given this basic incentive structure, the law against inter-racial sex existed only for the protection of white women. That miscegenation with slave women was permissible was clear from the law sanctioning fractional admission into white status with one-eighth black ancestry, although the power to sanction that exit remained vested with the owner. This was a necessary limit to the property-based incentive for racial mingling, since the pointers to slave status needed to be visually apparent for an institution based centrally on race. As might be expected, the rules for white status were tightened after the abolition of slavery to the one-drop rule, whereby no person with traceable black ancestry however remote could claim white status.