Pop Art as the New Magic 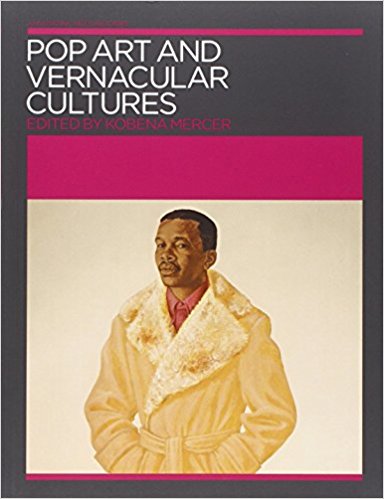 The defining moment of Pop art is in the 1960s, the materials in question for analyses are film, television, magazines, billboard advertising. These question the elitism and insularity of modern art. The democratization of art involves moving from the galleries to the streets. It represents the distinction between high and low cultures, in different social spaces. Pop art represents a new mass culture, consumerism, particularly that of the youth as anti-establishment. Kobena Mercer sees pop art as post-colonial and postmodern in dialogue, it’s greatest emphases being in the 1980s. It allows for the intermeshing of the theoretical and the material bases of culture, in time-honoured methods, such as bricolage and deconstruction. The term ‘vernacular’ communicates the possible implication here of languages which colonize, the writers suggest that there is a native and local space out there.

Hybridization occurs through the motif of ‘craft culture’ and ‘industrial mass culture’ being in synchrony. How to define or redefine postmodernism, by approaching the local and global, as interdependent axes of artistic and cultural production, is the key question. Kobena seems to believe with his fellow writers, that questioning or playing with sterotypes is the most important of methodologies. We certainly have predecessors in Roland Barthes and even earlier, in Mikhail Bakhtin, who engaged with what Levi Strauss called miniaturization. Who can forget the 700 words on Garbo’s face, or Einstein’s brain, which so many of us read with surprise in the early ‘80s? I say 700 words, because almost everywhere popular culture in reading, writing and thinking is represented in the ability to suppress those larger paeans (such as we see in the reading of Gaston Bachelard or Mikhail Bakhtin) and distill ideas into that one long paragraph, the intellectual newspaper column! Whether it is fashion, or film, various forms of activism or religious experience, art and representation, whether on canvas or in the newspaper column, have become routine forms of institutionalization.

How can we think of class and hierarchy in terms of resistance in art? How can we analyse forms of writing or thinking, painting or sculpting in terms of subversion? How does cinema literature and the free enterprise of art-collage look at traditional structures of space and time, as defusing the stratified spaces of high art or low brow culture? Grotesque, parody, subversion, minority cultures all work in this montage of culturally defined space. Pop art thus looks at selection and collage, rather than creation as the point of departure.