The State Claims It All 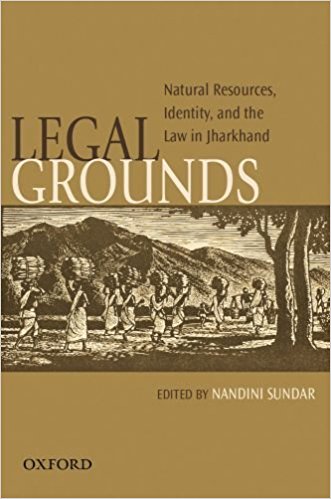 Many of the struggles in postcolonial India have been over the right to use natural resources. Today, after more than sixty years of independence, issues of control over land, forests and water resources remain extremely contentious. Legal Grounds is a collection of essays edited by Nandini Sundar which seeks to explore how the state, through the legal apparatus, negotiates control over natural resources. However, as the name of the volume itself suggests, the essays do not merely enumerate the plethora of legislations related to the use of resources. They rather attempt to identify the role played by the law in not just establishing lines of control, but in shaping identity. The volume concentrates on a single Indian state—Jharkhand—and traces how the laws governing use and exploitation of resources have been used by the state to address the complex issue of tribal identity.

However, what perhaps is the main contribution of the volume is the attempt to trace the interaction of the common people—particularly the tribals of Jharkhand—with the legal system. Commonsense dictates that the adivasis have an unremitting and unequivocal adverse, controversial relationship with the legal system. It is this commonsense that informs accounts of adivasis versus the law. It is however precisely this commonsense that Legal Grounds seeks to question and qualify; in the process revealing complexity and nuance. What emerges from the essays is a fascinating account of control and contention, acceptance and struggle. The essays point out how the people of Jharkhand have always struggled for better, more equitable, more just, and more democratic legislations. Clearly, this struggle for change in laws ironically exists alongside a deep-seated distrust for the entire legal apparatus and the law enforcing mechanisms. Through several examples, it is shown how this distrust is born out of a long experience of bearing the brunt of corruption, exploitation and subordination of tribal interests. The tribals in Jharkhand continue to face the consequences of unjust laws which deny them control over resources; they have witnessed the blatant state-sponsored contravention of laws that seek to protect their rights. They have scant faith or regard for the local law enforcing agencies, whether this is the police, the forest department or the water department. Showing how tribals are passionately defending laws instituted to guarantee some of their customary rights over natural resources, the book argues that a bitter experience with the legal system has not prevented the tribals from using the law as a weapon of struggle and resistance.