Writing History With A Difference 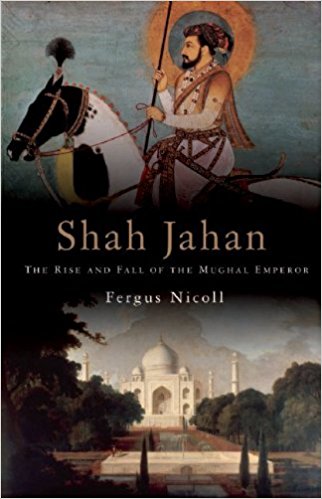 The book is a story or should we say history written with a differ-ence. The focus is on challenging the legends that have surrounded
the Mughal emperors and therefore their reappraisal. In his pursuit to do so, Fergus Nicoll is urged to make some observations which may not entirely be historically sound, probably because of his large dependence on the travellers’ accounts. The foreign travellers often misunderstood the proceedings in the court and the happenings in their surroundings due to lack of knowledge of Persian, the official language. This is not to undermine the importance of travellers’ accounts for they are an invaluable source of interesting, eye-witness information but like all other sources, they too have their biases and therefore need corroboration. The book is also a commentary on gender politics and the harem, the role of imperial women, an evaluation of the wealth of the empire which appeared stupendous and often dwarfed the contemporary European monarchs, Shah Jahan’s vast expenditure by 1656 on his vanity projects such as eleven million rupees on his ornamented throne and twenty-nine million rupees on his architectural enterprise.

Apart from this, the author gives an elaborate description of the landscape, the topography, the harmonious environment and ecology. In a way, Fergus Nicoll attempts to connect us to the ‘personal’ even as he connects us to the empire.

Commenting on the multiculturalism and multifaceted character of the Mughal Empire, Nicoll observes that while the empire stood for marvel in architecture, fine arts and literature, the Mughal court was also a site of brutal violent politics, internecine conflicts and pedantic quadruplicate bureaucracy. And, while all this could coexist under one roof, there was yet another dimension to the Mughal Empire—its gardens and a variety of exotic flavours that the seventeenth century travellers found mesmerizing.To express the seventeenth century garden experience, Nicoll quotes William Finch,a British trader selling indigo, on behalf of the East India Company and a German traveller, Johann Albrecht de Mandelso, who eloquently describe the Lahore gardens and the royal gardens between Ahemdabad and Agra, the abundant trees planted closely together, their mulch (shade), the refreshing walks and a variety of fruits, dry fruits and flowers—a description that would make environmentalists today envious.